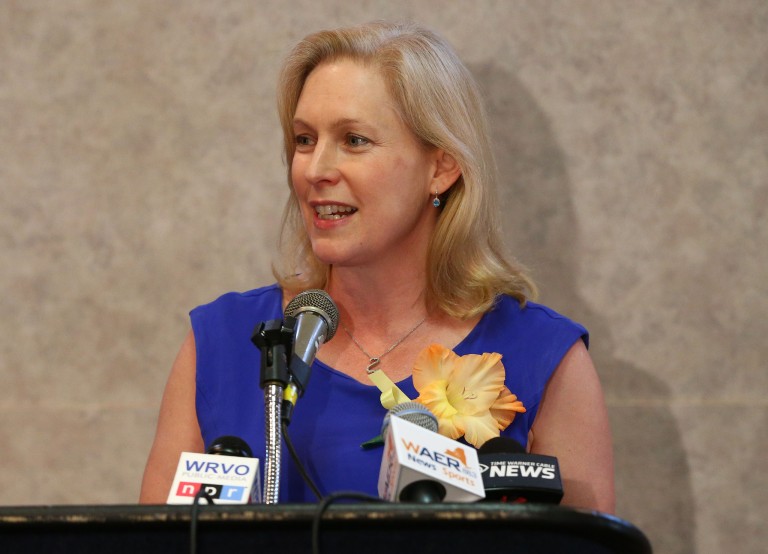 U.S. Sen. Kirsten Gillibrand (D-N.Y.) this week announced her bipartisan Made in America Manufacturing Communities Act, which aims to grow the manufacturing industry and help create good-paying jobs in Queens by crafting a permanent program that designates local regions as “Manufacturing Communities,” putting them in the front of the line to receive federal economic development funding specifically for the purpose of investing in manufacturing.

“New York City has one of the most diverse and talented workforces in the entire country, and that makes us perfectly positioned for a manufacturing boom,” Gillibrand said on Monday as she toured Boyce Technologies in Long Island City. “This bipartisan legislation would unlock millions of dollars in federal economic development funds for smart investments in high-impact projects and leverage public-private partnerships to help create good-paying manufacturing jobs in Queens, jumpstart new businesses, and grow our economy for years to come.”

The manufacturing sector in New York City has stabilized and is beginning to grow again after a decade of decline, according to the Center for an Urban Future. Gillibrand said her bill would help the manufacturing industry in the city continue to grow by creating a permanent program to competitively award regions with the “Manufacturing Communities” designation. This designation would give these communities preferred consideration when applying for up to $1.3 billion in currently available federal economic development funding for manufacturing. The proposed law encourages a regionally-driven approach to strengthening the manufacturing industry. To compete for funding through this program and earn the “Manufacturing Communities” designation, communities would create regional partnerships with key stakeholders such as local and state economic development officials, local governments, manufacturers, labor organizations, and higher education or other training providers.

“The most important business issues we face here in Queens revolve around diversity, innovation and jobs,” said Thomas Grech, executive director, Queens Chamber of Commerce. “This bill sponsored by Senator Gillibrand will go a long way to help keep and grow businesses in Queens. Boyce Technologies is a wonderful example of each of these three key components. The Queens Chamber is steadfast in its resolve to support initiatives that encourage and allow businesses such as Boyce to flourish; locally, domestically and internationally.”