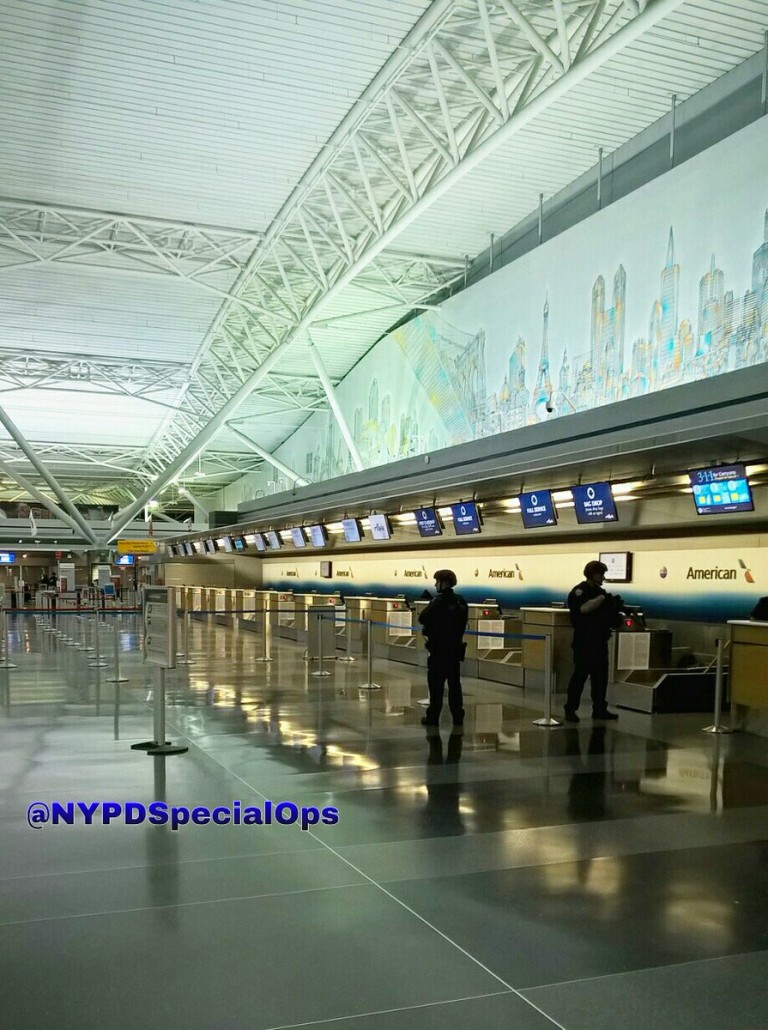 Prompted by 911 calls describing gunfire, first responders on Sunday night descended on two terminals at John F. Kennedy International Airport, but it turned out to be a false alarm.

Roughly 30 minutes later, SOD indicated that their searches were fruitless.

“UPDATE: @PAPD & #NYPD #ESU are clearing Terminal 1 & 8 (Departures). There is nobody shot. It appears that no shots have been fired.”

The Port Authority of New York and New Jersey released a statement on Sunday night regarding the situation.

“Preliminary investigation does not indicate shots were fired at JFK. There are no injuries. At this time, no gun shells or other evidence of shots fired has been found. The terminal was evacuated out of an abundance of caution. Travelers should contact their carriers. There is substantial PAPD and NYPD presence at JFK and LGA. Investigation continues.”

On Monday, one of the theories that law enforcement officials were exploring was extremely loud, overzealous celebrations by fans watching Jamaican track legend Usain Bolt earn another gold medal at the Summer Olympic Games in Brazil.