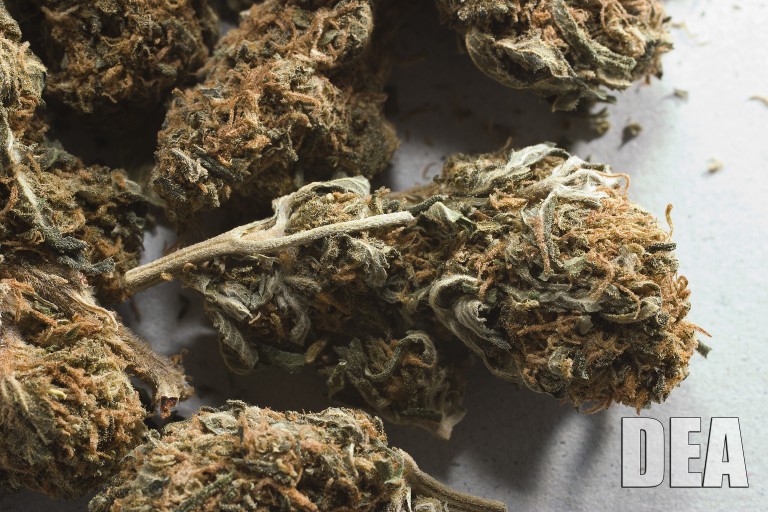 PHOTO: At present, there is only one entity authorized to produce marijuana to supply researchers in the United States: the University of Mississippi. The DEA’s new policy will allow additional organizations to apply for authorization. Courtesy of DEA

The U.S. Drug Enforcement Administration recently announced a policy change that would dramatically expand the number of agency-registered marijuana manufacturers.

Right now, incredibly, there is only one entity authorized to produce marijuana to supply researchers in the United States: the University of Mississippi, operating under a contract with the National Institute on Drug Abuse.

According to the DEA, the policy change should provide researchers with a more varied and robust supply of marijuana; and will allow additional entities to apply to become registered with DEA so that they may grow and distribute marijuana for Food and Drug Administration-authorized research purposes.

U.S. Sen. Kirsten Gillibrand (D-N.Y.) noted that she’s been urging the DEA for more than a year to change its “antiquated policies” on medical marijuana.

“This is an important first step toward helping countless children who suffer from seizures get the medicine they need,” Gillibrand said last Thursday. “It’s past due that we expand opportunities for medical research, and now the DEA needs to take the next step and remove marijuana from Schedule I. It shouldn’t take an act of Congress for the DEA to get past antiquated ideology and make this change, but in the meantime I’ll continue urging my colleagues to pass our bipartisan legislation on behalf of the children and families who are suffering.”

Gillibrand is the sponsor of the bipartisan Compassionate Access, Research Expansion and Respect States Act. The bill would reschedule marijuana to Schedule II from a Schedule I drug to recognize that it has accepted medical use, and would amend federal law to allow states to set their own medical marijuana policies. The bill would also permit Veterans Affairs doctors to prescribe veterans medical marijuana to treat serious injuries and chronic conditions. The legislation would not legalize the drug in all 50 states; rather, Gillibrand clarified, it would respect the states that set their own medical marijuana programs and would prevent federal law enforcement from prosecuting patients, doctors and caregivers in those states.

The DEA has consistently denied petitions to reschedule marijuana under the Controlled Substances Act.

“Based on the legal standards in the CSA, marijuana remains a Schedule I controlled substance because it does not meet the criteria for currently accepted medical use in treatment in the United States, there is a lack of accepted safety for its use under medical supervision, and it has a high potential for abuse,” the agency reasoned.

“Expanding upon existing research could provide a science-based treatment foundation that will help engage more physicians and in return benefit even more patients, here in New York State and beyond,” said Stephen Dahmer, M.D., chief medical officer of Vireo Health of New York – a physician-led company that provides cannabis-based medications and patient care. “We strongly support passage of the bi-partisan CARERS Act; legislation that would acknowledge the scientific evidence that cannabis has accepted medical use and give states greater ability to regulate their own medical cannabis programs. Today is encouraging, but additional reforms are overdue at the federal level necessary to improve the accessibility and affordability of medical cannabis for our patients.”