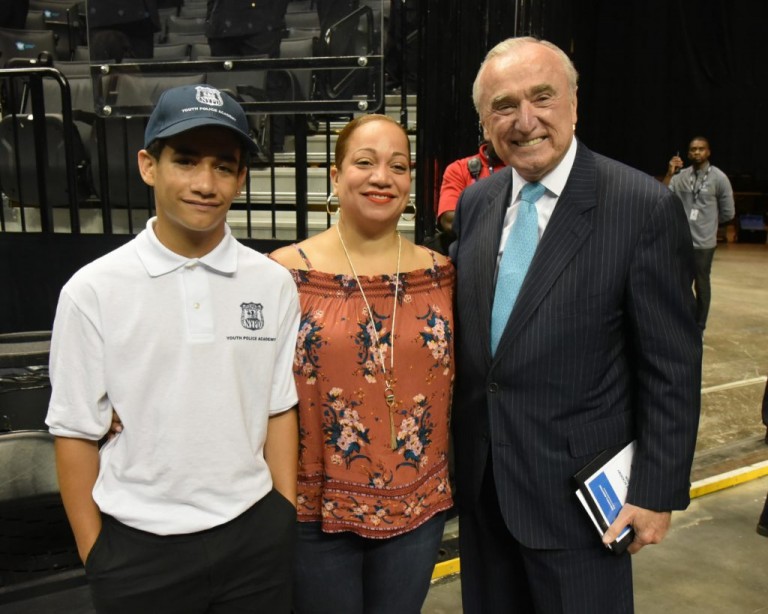 Future members of the City’s Finest were on display on Monday in Brooklyn as 2,000 young New Yorkers graduated from the NYPD Youth Police Academy in a ceremony at Barclays Center.

The six-week Police Department initiative connects the city’s youngest residents with their officers during summer vacation and affords them the opportunity to get to know the cops in their communities, according to the NYPD.

“Take a look at the NYPD as a career because we want you, we want the young men and women of NYC,” he said to the graduates.

The summer program is free for city kids ages 10 to 16. Members of the NYPD Community Affairs Bureau run the academy, which includes five-day-a-week classes on anti-bullying, health awareness, gang resistance, and drug prevention in all five boroughs. Kids also participate in fitness activities, arts and crafts and field trips.