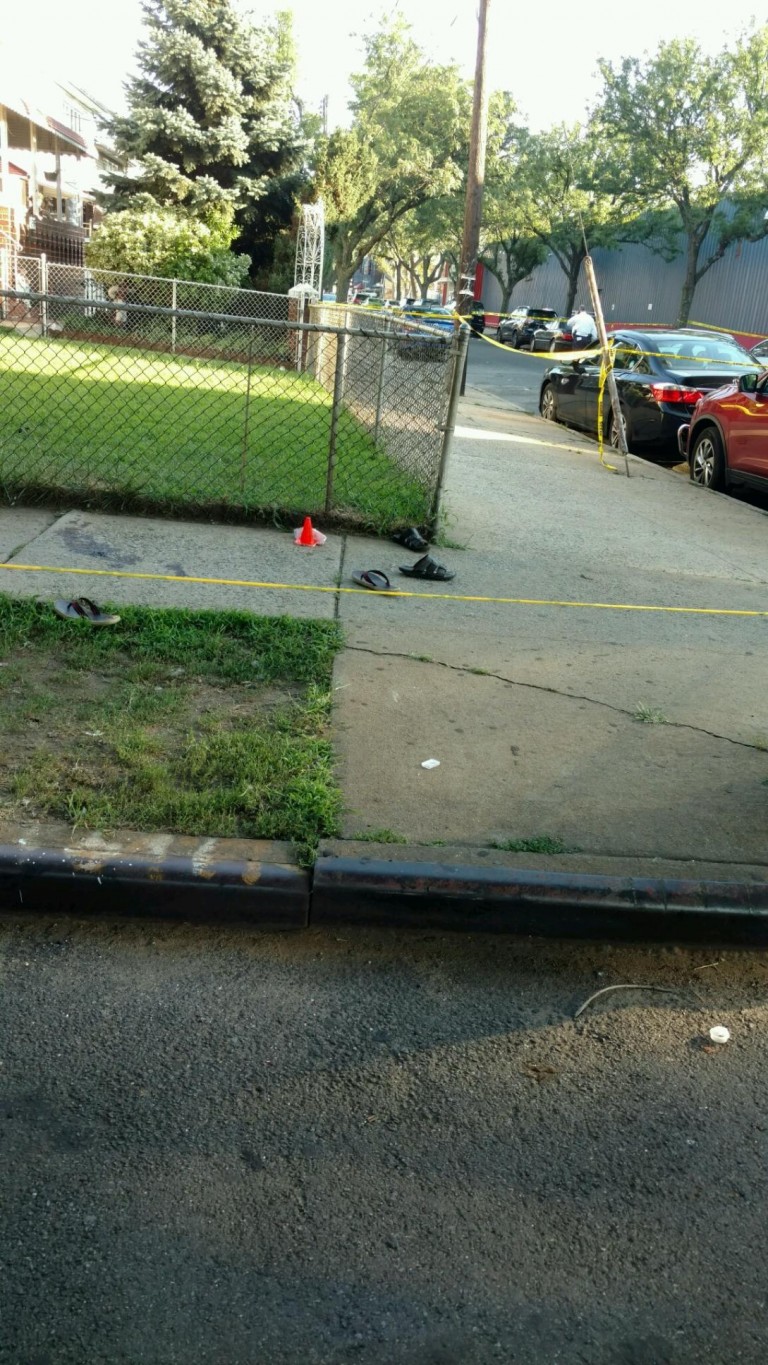 PHOTO: Blood and sandals of one of the victims remained at the crime scene at Liberty Avenue and 79th Street on Saturday. Courtesy of Anonymous

An East New York man this week was charged with the fatal double shooting of Imam Maulana Akonjee and his assistant and friend, Thara Uddin, as they walked home on Saturday following afternoon prayers at the Al-Furqan Jame Masjid mosque in Ozone Park, according to Queens District Attorney Richard Brown, who noted that “the motivation for this violent act is still unclear.”

Morel was remanded. If convicted, he faces up to life in prison without parole. 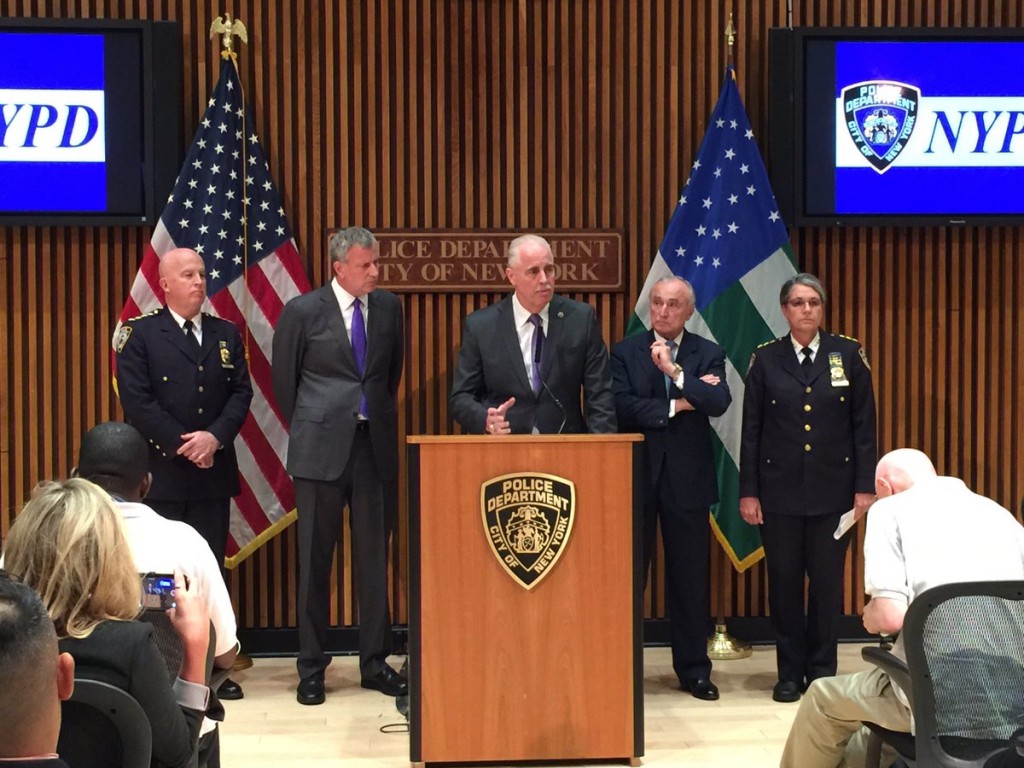 NYPD Chief of Detectives Robert Boyce on Monday evening detailed how investigators arrived at the suspect currently in custody. Courtesy of NYPD

According to the charges, Imam Akonjee, 55, and Uddin, 64, were walking home from the Al-Furqan Jame Masjid mosque on Glenmore Avenue in Ozone Park just before 2 p.m. on Saturday when Morel came up behind the two men at the intersection of 79th Street and Liberty Avenue and fired multiple rounds, including a single gunshot wound to the head of both victims. Akonjee and Uddin were rushed to Jamaica Hospital Medical Center where they were pronounced dead.

Brown characterized the deaths as “a devastating loss to their families and the community that they served as men of peace. I want to extend my deepest sympathy to the families of Imam Maulana Akonjee and Thara Uddin and assure them that the law enforcement community will work tirelessly to insure that justice is done in this case.”

Many in the Bengali communities in southern Queens have been calling on the NYPD and Brown’s office to officially handle the homicides as hate crime.

“We are pleased with the swift actions of the NYPD, which led to the arrest of the alleged perpetrator of this inhumane act of violence,” said Afaf Nasher, executive director of the New York Chapter of the Council on American-Islamic Relations. “While we are encouraged by the charges filed, we strongly urge law enforcement, prosecutors and the mayor to keep their promise of a thorough investigation, which includes the possibility of a bias motive for the killings.”

Brown acknowledged that one of the motives being explored by investigators is “whether this was a hate crime. Crimes motivated by bias or hate are deplorable and can never be tolerated. Regardless, however, whether a hate crime was committed in this case, the crime will be vigorously prosecuted and we will seek the most serious penalties that our law allows. Indeed, the defendant is being charged with murder in the first degree, which is based upon the intentional killing of two individuals during the same transaction, and which carries a maximum penalty of life in prison without the possibility of parole if convicted.”