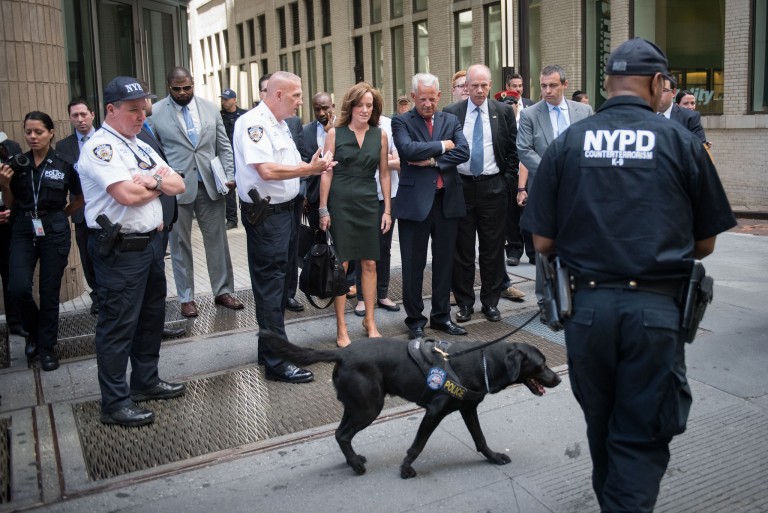 Since New York City faces the highest risk of terror attacks of any metropolis in the country, Congress needs to preserve Urban Area Security Initiative funding, according to the de Blasio administration.

According to the administration, UASI financial support is distributed based on risk, and goes toward emergency preparedness and response.

The program provides funding to address the unique needs of high-threat, high-density urban areas, and to assist these localities in building sustainable capacity to prevent, protect against, mitigate, respond to, and recover from acts of terrorism. President Barack Obama’s Fiscal Year 2017 budget proposed a national funding level of “only $330 million,” which, according to the City, is an almost 50-percent cut from FY 2016. This would result in a $90 million cut for the five boroughs, hindering the City’s ability to expand and improve necessary counterterrorism programs.

“New York City depends on funding provided by the Urban Area Security Initiative to help keep our streets safe. Any change in this funding disrupts the system. Continuity over time is vital, as preparations require planning,” de Blasio said. “New York City remains the most targeted city in the United States and one of the most targeted cities in the world. Thanks to continued resources and our fearless leaders, since 2001, we have thwarted 20 terrorist plots against New York City – four of which were in the past two years alone. As a city that 8.5 million Americans call home, and one that annually hosts almost 60 million people from all corners of the globe, it is critical that we restore and maintain these necessary funds.”

The federal funds have allowed the City to improve training for first responders, invest in high-quality equipment to detect potential chemical, biological and radiological weapons, and conduct exercises that prepare law enforcement for potential threats, according to the administration. With UASI funding, the City created a Domain Awareness System, placing approximately 9,000 cameras, thousands of license-plate scanners, and thousands of detections devices across the five boroughs.

Throughout the day last Wednesday, Israel, Donovan and Rice visited sites across NYC that receive UASI funding and were briefed by City officials – including Bratton, Fire Commissioner Daniel Nigro, Emergency Management Commissioner Joseph Esposito, and Health and Mental Hygiene Commissioner Mary Bassett, M.D. – on how the funding is deployed.

“Today we’ve learned about some of the ways this program is fueling counterterrorism and emergency preparedness efforts in the city and throughout the region – putting more police on the streets, providing first responders with specialized training and equipment, enhancing law enforcement’s emergency response and communication capabilities,” said Rice, a member of the Committee on Homeland Security. “They rely on this funding to protect not only residents of the city, but the millions of people who go to work in the city every day, including many from my district, and the millions more who travel here from around the world. This program is a smart, necessary investment in our regional security, and I’ll keep working in Congress to make sure that New York and other high-threat urban areas get the full funding they need.”