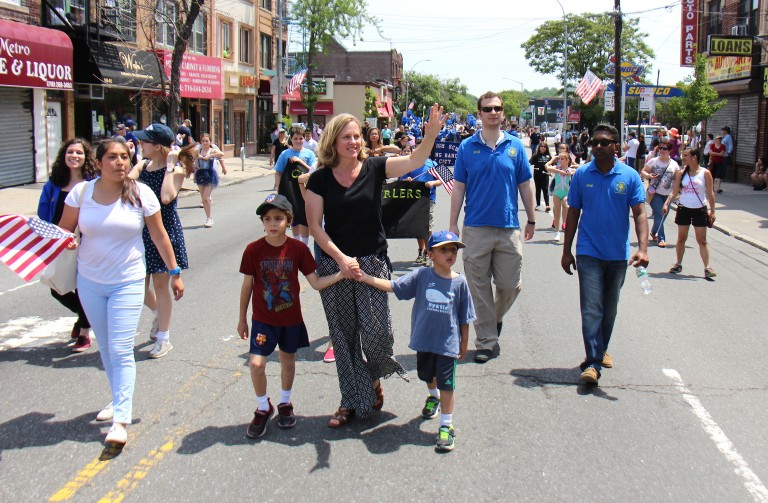 A bizarre social media message sent directly to the Queens borough president last week prompted her to alert authorities, as the note contained a reference to her children, according police and published reports.

The creepy correspondence was sent to Borough President Melinda Katz’s Facebook account last Tuesday, around 1:30 a.m. It was a “DM” or direct message – a private digital missive that only Katz and the sender could see.

“You know who you are,” the message said, according to a New York Daily News report, later mentioning Katz’s two sons with radio personality Curtis Sliwa: Carter, 6, and Hunter, 4. “You know why you have (them). If you don’t want to answer this question we will meet Times Square August 18, 10 p.m.”

The person’s name was not made public by police, but the News indicated that Katz told cops that she did not recognize the name. She also said she did not know why the suspect referenced Times Square.

“Out of an abundance of caution, given that the message noted a specific time and place, we felt it our duty – as any New Yorker should – to bring it to the attention of the proper authorities,” said Katz spokeswoman Sharon Lee.

Katz has been in the public eye for years. Prior to succeeding Helen Marshall as borough president in January 2014, she was a member of the City Council from 2002 through 2009; and from 1994 through 1999 the Democrat represented the 28th District in the Assembly.