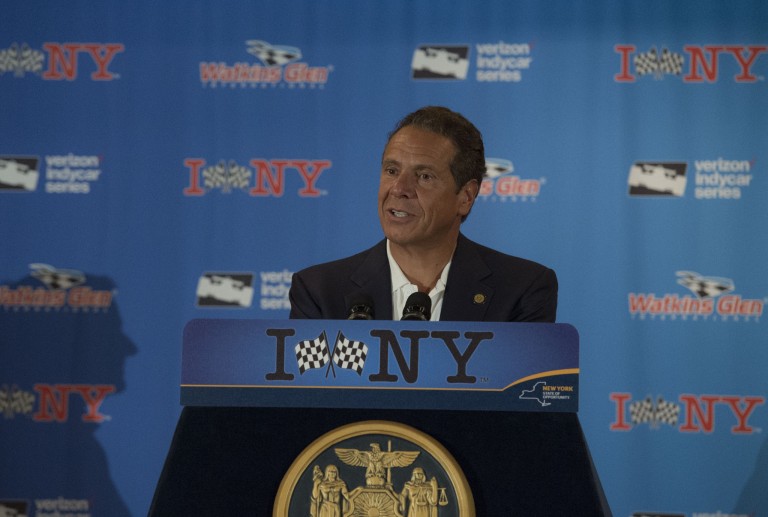 Governor Andrew Cuomo recently signed legislation to “curb the power of independent expenditure campaigns unleashed by the 2010 Supreme Court case Citizens United vs. Federal Election Commission.” The law, according to Cuomo, also takes “significant steps” to strengthen disclosure requirements for political consultants and lobbyists who provide services to sitting elected officials or candidates for elected office by requiring them to register with the state and reveal their clients.

While the governor hailed S.8160/A.10742 as “first-in-the-nation legislation,” political watchdogs ripped it, even calling on Cuomo, in a letter to the Executive Branch, to reject it.

“We…urge that you veto this legislation due to its substantive and technical flaws,” wrote Dick Dadey of Citizens Union, Susan Lerner of Common Cause, Dare Thompson of the League of Women Voters, Blair Horner of New York Public Interest Research Group, and Steven Choi of New York Immigration Coalition. “This poorly constructed bill will seriously harm some of New York’s most prestigious institutions, and infringe upon the rights of many public-minded New Yorkers to engage in their constitutionally protected right to comment and criticize.”

Cuomo has said that the new legislation is just the latest example of New York “taking aggressive action to restore the people’s faith in government and increase accountability and transparency in the electoral process.

“These actions roll back the disastrous influence of Citizens United and prohibit coordination between candidates and independent expenditure committees,” Cuomo continued. “Through enhanced enforcement and increased penalties for political consultants who flout the law, this new legislation will root out bad actors and shine a spotlight on the sordid influence of dark money in politics. With this legislation, New York is raising the bar once again – and now it’s time for the rest of the nation to follow suit.”

The new legislation will work to restore the people’s faith in government by instituting the strongest anti-coordination law in the country and explicitly prohibiting coordination in New York election law for the first time, according to the administration. The law “expressly identifies” which activities constitute prohibited coordination, and strictly prohibits coordination in egregious scenarios, such as the “independent” spender being an immediate family member of the candidate, as well as in subtle scenarios, such as the dissemination of a candidate’s campaign material by supposedly “independent” groups. This will allow the state’s electoral politics to achieve a clear and meaningful demarcation between candidates and unlimited expenditures and will bring much-needed reforms to New York’s campaign finance system.

Additionally, the legislation increases penalties for lobbying violations, while providing enhanced due process for individuals under investigation for potential violations. Political consultants that provide services to sitting elected officials or candidates and who have clients with business before the government will also be required to register with the state and disclose their clients, Cuomo noted. This prevents organizations from corrupting the political process and utilizing funds that are not intended for political purposes. Disclosure of political relationships and funding behaviors widely recognized to be influential, but which operate in the shadows, is essential to restoring confidence in the political process, according to the governor.