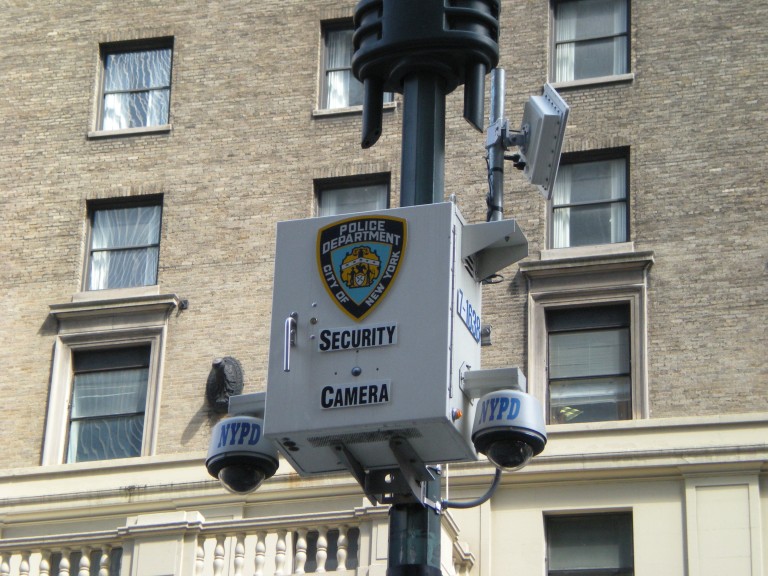 PHOTO: The NYPD has installed eight such cameras around Spring Creek Park in Howard Beach. Courtesy of Wikimedia Commons/Delphi234

The National Park Service on Wednesday indicated that it is considering organizing a full security evaluation of Spring Creek Park in Howard Beach, according to an agency spokeswoman.

A week after eight security cameras were installed by the City Police Department along sections of the park’s perimeter, NPS Public Affairs Specialist Daphne Yun told The Forum that the Service was “exploring many short-term investments, including bringing in regional support to do a physical security assessment.”

The safety and security of Spring Creek patrons and the green space’s Howard Beach neighbors have come roaring back to the fore over the past four weeks. On Aug. 2, Karina Vetrano, 30, was beaten, strangled, and sexually assaulted while on her daily run inside Spring Creek. The case remains open and unsolved.

The park’s eight new surveillance measures were purchased with funds allocated by Queens Borough President Melinda Katz. Earlier this year, Katz secured $1.2 million for 34 cameras to be installed around the county.

Roughly 24 hours after Vetrano’s body was discovered in the Spring Creek marshes, Katz called the NYPD to request that at least some of the cameras be designated for the park. That Friday, Aug. 5 – just two days after the Katz phone call – the department contacted the BP to inform her that eight cameras were feasible for areas around the federal land.

“Borough President Katz was pleased to provide the funds, and is grateful to the NYPD for being responsive and considering our request,” said Katz spokeswoman Sharon Lee.

On Monday, Aug. 8, during a Town Hall meeting to discuss the Vetrano case and efforts to ensure the safety and security of residents, Katz told an anxious community that the cameras were on their way.

“It’s important for folks to know: You enter there, you exit there, you’re going to be filmed,” Katz said of Spring Creek.

According to the NYPD, the department began using advanced video analytic software in select camera feeds about six years ago. When fully configured, the analytics can alert police in real-time to a variety of potentially suspicious objects or activities, including unattended parcels, movement in restricted areas, and unusual loitering, and enables investigators to search multiple cameras simultaneously to retrieve incidents of concern. As per the NYPD’s privacy policy, footage is discarded after 30 days unless in the event of an investigation.