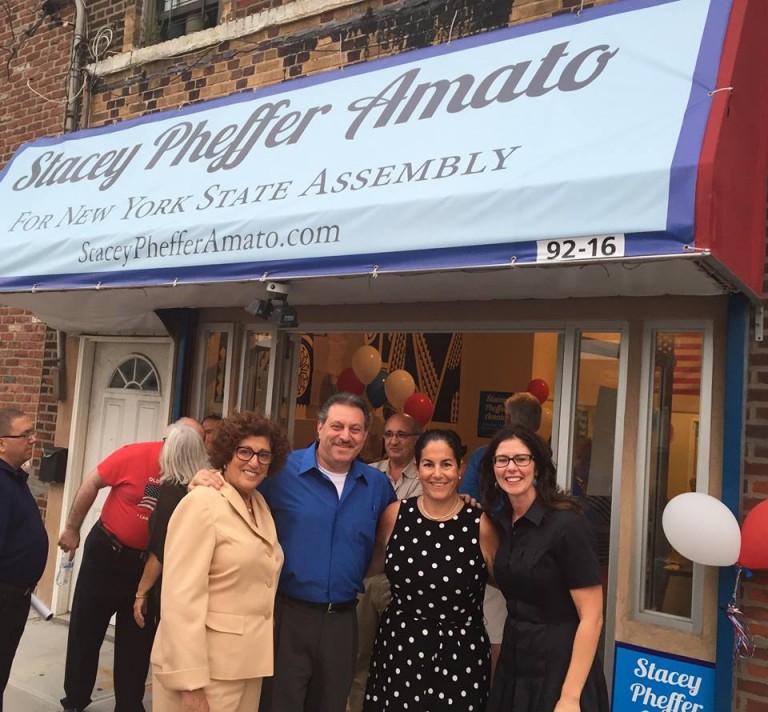 The Democrat, who is vying to succeed Phil Goldfeder in the 23rd District, welcomed more than 100 guests to the Rockaway Beach Boulevard office.

“Truly overwhelmed by such a strong showing of support from my friends, family and community!” Pheffer Amato wrote on her Facebook page last Thursday evening. “Thank you to everyone who came out to help me open my office tonight and kick start our campaign! I could not have asked for a better night!”

“Stacey’s commitment to ensuring every family receives the best possible healthcare makes her the clear champion of working New Yorkers and the values we hold dear,” said Helen Schaub, 1199SEIU vice president for Policy and Legislation. “At a time when healthcare is transforming, she will ‎fight for access to needed services and high quality jobs. Stacey will be a powerful voice in Albany for the working people of Queens.”

Goldfeder stunned colleagues and constituents in June when he announced that he would not seek a fourth term in Albany. The popular pol’s next stop will be Yeshiva University, where he is slated to step in as director of Government Relations in January.

Goldfeder quickly endorsed Pheffer Amato, calling her “that strong voice who will continue our work to ensure every family can recover from [Superstorm] Sandy, have access to transportation, and look forward to a better future for themselves and their children.”