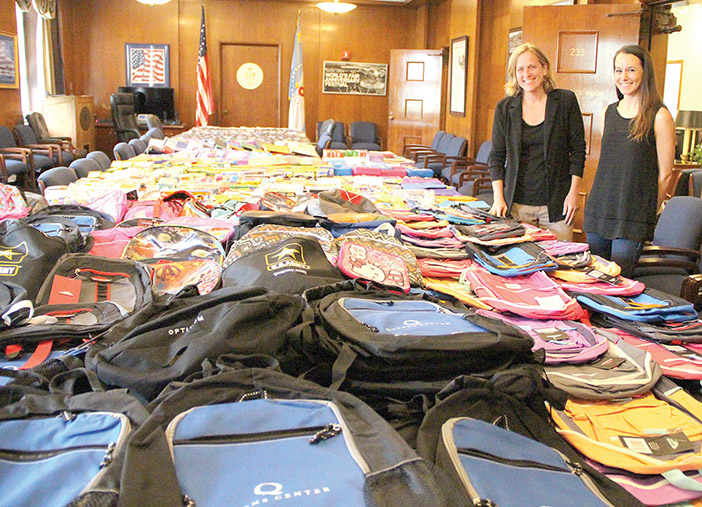 For the third summer in a row, Borough President Melinda Katz’s office collected donated backpacks and other school supplies in a drop-box placed in the lobby of Borough Hall. The items will be provided to some of the children who reside in city homeless shelters and will help the kids get the school year off to a good start, Katz said.

The supplies were dropped off in August by contributors donating to “Project: Back to School,” an annual initiative organized by the Coalition for the Homeless. According to the Department of Education, 83,000 schoolchildren were homeless at some point in the last school year and about 23,000 kids reside in city shelters on an average night.

Katz (l.) and Sarah Murphy, director of Development for the Coalition for the Homeless, recently posed with this year’s donations.

Courtesy of the Borough President’s Office