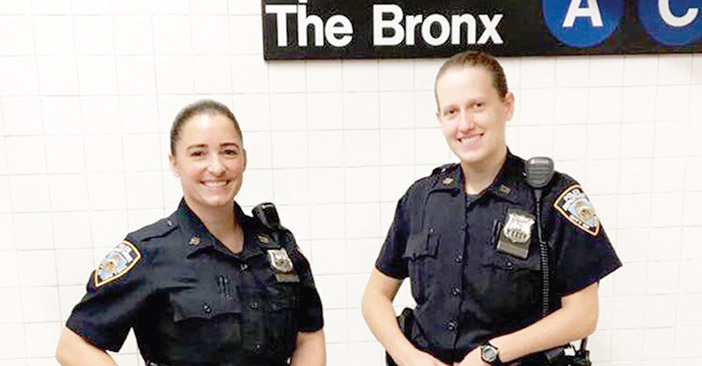 Two Transit cops on Sunday arrested a man for groping and attempting to rob a dormant woman on the 7 train, according to the NYPD.

Officers Tiffany D’Alessandro and Kara Brandofino were posted at the Main Street station in Flushing when they saw a man trying to hide what appeared to be women’s hand lotion as he exited the train. The partners then noticed a woman on the train who, according to the officers, was crying and visibly upset.

The woman told the cops that she fell asleep and awoke to the man forcibly touching her as he rifled through her purse. D’Alessandro and Brandofino quickly arrested the suspect who was later charged with grand larceny, forcible touching, criminal possession of stolen property, and sexual abuse, Police said.

According to the latest available CompStat figures, Transit crime in the Flushing area has remained steady over the past year: There have been 13 reported offenses through the first eight months of 2016 – the same amount as this period last year.