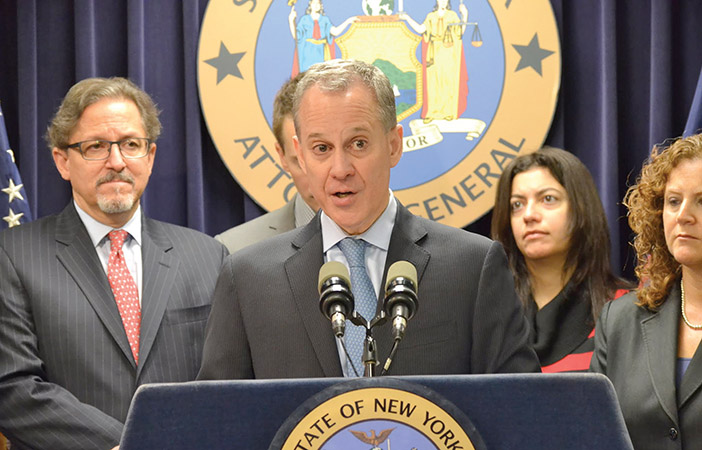 State Attorney General Eric Schneiderman on Monday issued his third annual Labor Day report, “Working for Justice,” which covers the enforcement actions of the AG’s Labor Bureau and, as Schneiderman put it, the policies he has promoted on behalf of the labor force.

“As Attorney General, I remain steadfastly committed to ensuring that workers are paid for the work they do, that their pay lifts them out of poverty, and that undue obstacles aren’t placed in their path to job security and economic advancement,” Schneiderman said. “I celebrate the progress we made over the past year, and will continue fighting for the working men and women who contribute so much to our great state.”

Some of the more notable achievements on behalf of workers over the past 12 months include:

“While my office relies on existing law to protect workers and hold unscrupulous and exploitative employers accountable, we are also on the cutting edge to surmount new or seemingly intractable challenges in the workplace,” Schneiderman noted in the report’s introductory remarks . “We strive daily to ensure that workers rise above poverty wages, are paid for the work they do, are treated with dignity and respect, and can aspire to a life of financial security and greater opportunity.”