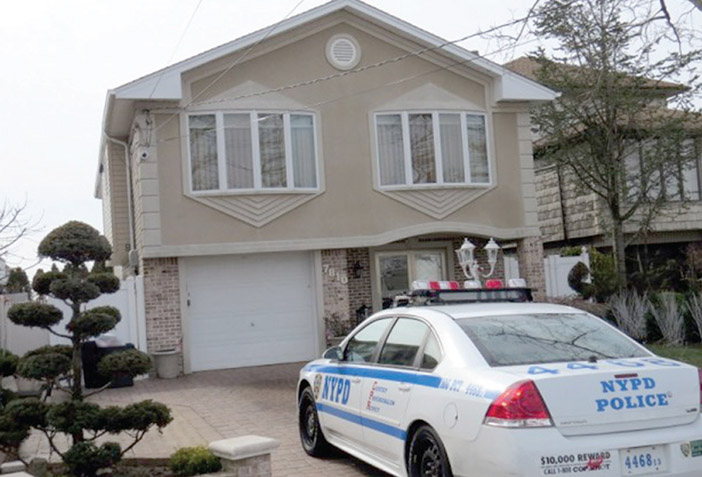 A crew of mob-linked crooks terrorized Howard Beach, Ozone Park, and parts of Long Island in 2013-2014 through a series of lucrative home invasions.

The Department of Justice once again has reputed Bonanno family capo Vinny Asaro in its crosshairs, with federal prosecutors looking to link the 81-year-old legend to a motley crew of mob associates responsible for a series of brutal home-invasion robberies in south Queens and Long Island, according to an explosive new report.

La Cosa Nostra expert Jerry Capeci, citing law enforcement sources in his Sept. 8 GangLandNews.com column, said that Asaro is one of the “subjects of an ongoing federal grand jury investigation” centered on the team of thieves that terrorized residences in Howard Beach and Ozone Park from 2012 to 2014.

Eastern District prosecutors seeking indictments have been presenting evidence and witnesses to the grand jury for several months about “dozens” of violent robberies in which masked intruders beat victims, force them to strip naked and tie them up before making off with cash and jewelry.

Federal attorneys, still smarting from Asaro’s acquittal last year following a dramatic trial that saw the government attempt to tie the Howard Beach resident to the 1978 Lufthansa heist, are reportedly relying on two star informants to cinch any loose ends.

“Feeding the feds the inside info on the home invasion ring, sources say, are Frank Nunziata, and Gene Borrello, two 31-year-old members of the robbery crew that also preyed on residents in other sections of Queens and on Long Island,” Capeci wrote. “Both men are said to be cooperating in a probe by the FBI, the Brooklyn U.S. Attorney’s office and the Queens District Attorney’s office.”

The offices of the Eastern District U.S. Attorney and Queens DA did not respond to requests for information on Nunziata. Court records show that he is due to be sentenced on Sept. 19 on drug and weapons charges. However, his sentencing appearance has been adjourned to a later date seven times since March 11, 2015, though it is unclear why.

As Capeci noted in his column, Nunziata has been cooperating with the NYPD since he was arrested in Howard Beach in 2013 for the drugs and guns. Borrello reportedly recently told federal investigators that, indeed, he has been working for Asaro.

Last November, after a three-week trial that featured testimony from turncoat mobsters, including two of Asaro’s cousins, and two days of jury deliberations, the reputed Bonanno captain was cleared on all counts of murder, murder conspiracy, racketeering, extortion, and other crimes.

Perhaps most notably, Asaro also beat the Hobbs Act robbery conspiracy charge for his alleged role in the infamous Lufthansa job at what is now known as John F. Kennedy International Airport, which netted the brazen Bonanno bandits nearly $5 million in untraceable cash and $875,000 in jewelry.

Asaro’s 2014 indictment included the 1969 murder of mob associate Paul Katz, because federal investigators have long believed that Asaro and Jimmy Burke whacked him. Some time in the 1980s, Asaro ordered his son, Jerome, to move Katz’s bones from an Ozone Park home, which was owned by Burke, because investigators were looking into Katz’s mysterious disappearance. According to the New York Post, federal agents acting on a tip descended on the house in 2013 and found Katz’s partial remains.