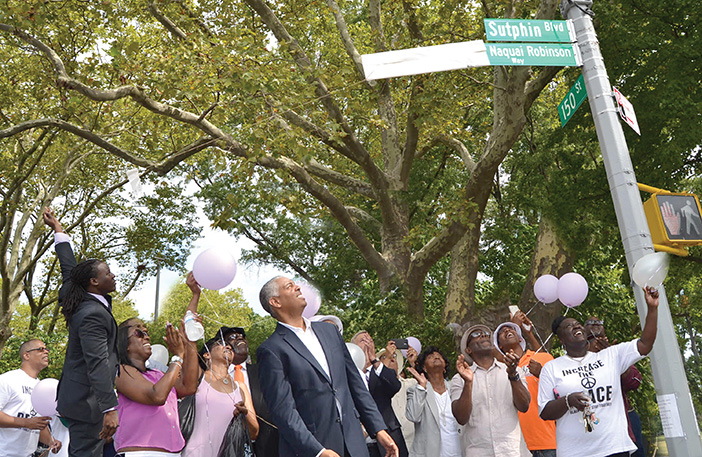 Robinson just left a friend’s Sweet Sixteen birthday party when she was struck down by two gang members who opened fire on the MTA bus she had been riding during their botched attempt to kill a rival. One of the two suspects arrested for her murder was tried and convicted this past spring.