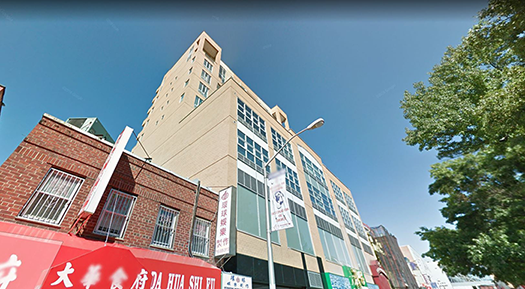 Cheung initially told investigators that he didn’t throw the dog, but that he tripped going onto the seventh-floor apartment’s balcony and the dog left his hands.

By Forum Staff
A Fresh Meadows man will spend 45 days in jail after he pled guilty to aggravated cruelty to animals and tampering with evidence in the killing of a 12-year-old female pug. The defendant, Yuk Cheung, 35, of Parsons Boulevard, hurled the dog from a balcony on March 17, 2017, during a disagreement with his ex-girlfriend on the continued care of the animal, and then tampered with evidence by discarding the dog’s body in the trash.
“The defendant has admitted to killing the animal. His actions were both cruel and heartless. He threw a defenseless animal to her death while in the midst of a heated exchange with his former girlfriend. Jail time in this instance is more than warranted as punishment for this senseless crime,” said District Attorney Richard Brown.
The defendant pleaded guilty last month before Acting Queens Supreme Court Justice Barry A. Kron, who yesterday sentenced the defendant to 45 days’ incarceration and five years’ probation. Cheung will also be banned from owning pets for five years and will be required to register with the New York City Department of Health as an animal abuser following the completion of his incarceration. The animal abuser registration will prevent city shelters, rescue groups and/or pet stores from permitting the defendant to purchase or adopt an animal.