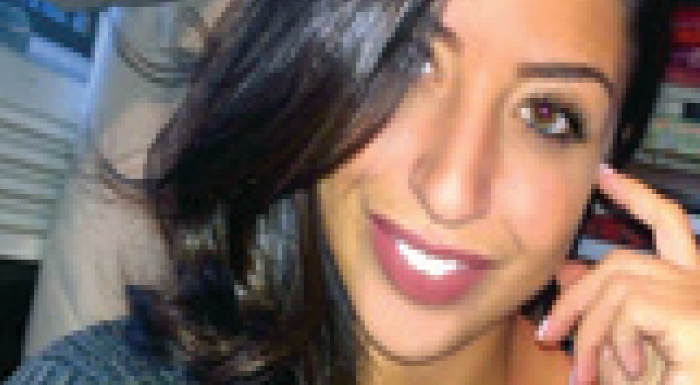 The video recording of accused Karina Vetrano killer Chanel Lewis stoically recounting for detectives how he brutally murdered the beloved Howard Beach resident took center stage on Monday in a borough courtroom during a pre-trial evidentiary hearing.
According to the New York Post, Vetrano’s family endured the details of Karina’s final moments as Lewis delivered them to investigators inside the 107th Precinct stationhouse. Her parents and sister watched the footage of the February confession in horror on Monday.
Lewis, 21, told cops that he grabbed Vetrano, 30, as she jogged past him inside Spring Creek Park on Aug. 2, 2016. She fought for her life as Lewis tried his best to knock her out.
“She didn’t yell. She was finished,” Lewis said in the Post story. “I finished her off, I strangled her. She fell into the puddle and drowned.”
Though Vetrano had been sexually assaulted, Lewis insists on the tape he had nothing to do with that element of the attack.
“I didn’t do any of the stuff they said, sexual assault and stuff like that,” he said.
When asked for a motive, Lewis answered, “Because a guy moved into my house and the neighborhood.”
Lewis’ family apparently could not bear to sit through the entire footage.
“His family left the room,” Karina’s dad, Phil Vetrano, told the Post. “They couldn’t listen to his confession. We know where the coward got his cowardliness from. The truth hurts. It’s pathetic.”
Phil Vetrano and NYPD investigators discovered his daughter’s body that summer night lying in a marshy area, approximately fifteen feet from a trail near 161st Avenue and 78th Street in the park.
Lewis, an East New York resident, was arrested in February, six months after the murder. He was arraigned in April on a 13-count indictment charging him with murder and sexual abuse in the strangulation death of Vetrano: four counts of first-degree murder; five counts of second-degree murder; two counts of first-degree aggravated sexual abuse; and two counts of first-degree sexual abuse.
According to court records, Lewis’ trial date is scheduled for Jan. 9, 2018. If convicted, he faces up to life in prison without the possibility of parole.