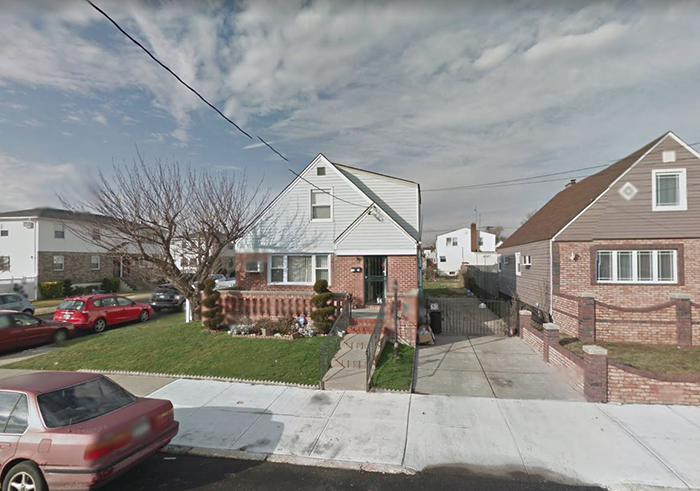 Suarez fatally shot Juan Pichardo once in the head in front of this 130th Street home.

By Forum Staff
Queens Supreme Court Justice Michael Aloise has sentenced a 26-year old man to 45 years to life in prison after his conviction, in October, for the murder of one man and the attempted murder of another in South Ozone Park in January of 2015.
Jairam C. Ali Suarez of 214th St. in Queens Village, fatally shot John Pichardo, 19, once in the head after getting into the back seat of a car, parked in front of 150-22 130th Street, behind Pichardo, who was in the drivers seat.
Wilfredo Aponte, 21, of Ridgewood, was in the backseat of the car on January 6, 2015, when Suarez opened the backdoor and entered the vehicle.
Suarez had plans to rob his two victims of a pound of marijuana he had arranged to buy.
Once inside the vehicle, Suarez pulled out a gun and shot Aponte once in the upper right leg. He then turned the gun on Pichardo and fired one fatal shot to the head before fleeing the scene. Aponte was transported to a local hospital and treated for his injuries.
In October, a jury convicted Suarez of two counts of second-degree murder, first-degree assault, second-degree criminal possession of a weapon, second-degree robbery and second-degree attempted robbery.
“There is no place in a civilized society for violence and senseless killing. A jury weighed the evidence and found the defendant guilty of committing a cruel and callous act motivated by greed. The Court has now sentenced the defendant to a very long term of incarceration that will both punish him and protect society.”