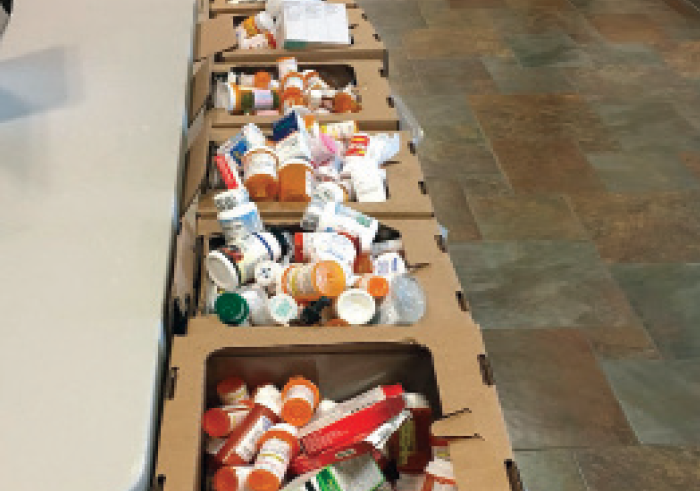 The opioid addiction crisis is worse than most of us imagine. It impacts us all, from Rego Park to Rockaway Park to Redwoods Park. An expert panel, convened by STAT (an investigative medical news branch of the Boston Globe), estimates that opioids could kill nearly half a million Americans over the next decade. The Council of Economic Advisers (CEA) recently released a report stating the economic cost of the opioid addiction crisis is six times higher than previous estimates. The CEA says the economic cost of the opioid crisis in 2015 was $504.0 billion, 2.8 percent of GDP (compared to the percent of GDP for Medicare, and Medicaid: 3.5 and 2 respectively).
A key tool to address the opioid addiction crisis is expanding access to safe disposal for unwanted household medications in the form of drug take-back programs. Removing unwanted medications from the home limits illegal diversion and decreases the chances of accidental child poisonings and aquatic contamination from trashing or flushing medications.
While State Sen. Joe Addabbo, Jr. (D-Howard Beach) and other legislators should be applauded for their interest in addressing the public and environmental health impacts of over-prescribed medications, Gov. Andrew Cuomo should VETO the chain pharmacy take-back bill (S.6750). This chain pharmacy bill does a poor job of providing convenient take-back, and it gives little consideration to consumer convenience or public education.
With this bill, rural areas with no chain pharmacy will likely remain without a safe disposal option.
Where there are chain pharmacies, the $2 fee for a small take-back envelope will discourage consumer participation and will cause prescription drugs to remain in medicine cabinets. A manufacturer-funded drug take-back program would be free to the public and would better encourage safe drug disposal.
Instead, this bill puts the cost of recovering unwanted pharmaceuticals for safe destruction on chain pharmacies and consumers, while allowing drug manufacturers to avoid any financial responsibility for safely managing the disposal of their products. It further guarantees manufacturers a free pass by preempting local existing legislation (Rockland County), proposed legislation (Erie and Westchester counties), and future legislation that requires manufacturers to organize and pay for take-back programs. It is worth noting that in the last five years, pharmaceutical lobbyists contributed more than $1.7 million to NYS political campaigns and S.6750’s sponsor, State Sen. Kemp Hannon (R-Garden City), was one of the top individual beneficiaries, receiving more than $71,000.
This take-back bill does too little, and it puts the cost on consumers and pharmacies rather than on the drug manufacturers who profit most from medication sales.
Governor Cuomo should instead support extended producer responsibility (EPR) legislation that establishes a drug take-back program fully funded by drug manufacturers, containing strong convenience and public education standards. Using pharmacy-based receptacles, take-back would only cost manufacturers about $0.01 per prescription. Two states, 18 municipalities, and many other countries have such pharmaceutical EPR laws. Now is the time for New York to establish a convenient, comprehensive, and well-promoted take-back program for unwanted pharmaceuticals that is paid for by drug manufacturers.