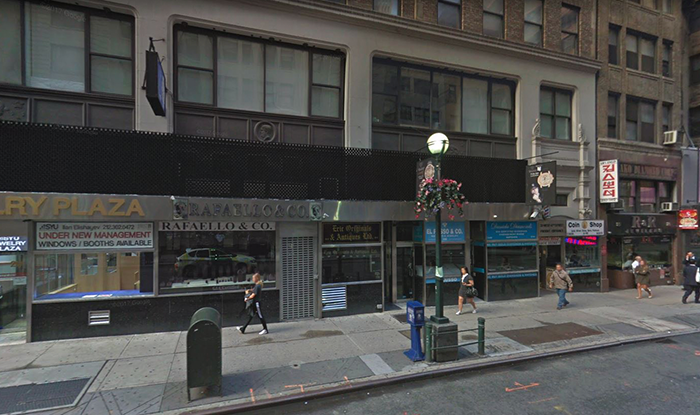 By Forum Staff
A suspended MTA train operator has been convicted of manslaughter and other charges for the hit-and-run death of a well-known Manhattan jeweler, killed following a verbal dispute in front of the victim’s Forest Hills home in July 2015.
“After weighing all the evidence, including video surveillance of the fatal encounter, the defendant was found guilt of manslaughter,” said DA Brown. “The victim’s death rose out of a petty dispute on a residential street that ended with a 40-year-old man fatally injured. The defendant rammed a 1,000-plus pound vehicle into the victim and knocked him to the ground, where he hit his head. This was a senseless and violent death that could have easily been avoided. The defendant now faces a lengthy term of incarceration for his actions.”
The defendant was identified as Charles Jordan, 48, of East Carpenter Street in Valley Stream, Long Island. Following a nearly two-week-long trial, a jury convicted Jordan of first-degree manslaughter and felony leaving the scene of an incident.
Queens Supreme Court Justice Richard L. Buchter, set sentencing for March 12, 2018, at which time the defendant faces up to 25 years in prison.
According to trial testimony, Jordan was behind the wheel of a 2005 dark blue Dodge Magnum and driving on 71st Avenue in Forest Hills shortly after 11:00 pm on July 19, 2015.
The victim, Aron “Eric” Aranbayev, was being dropped off by others and exited a vehicle on the street as the defendant drove by at a high rate of speed. After a brief confrontation the defendant backed his car up multiple car lengths to confront the victim. The 40-year-old Aranbayev argued with the Jordan who then backed up his vehicle a second time, revved the engine and struck the jeweler with the car. The victim suffered a skull fracture and brain damage and died as a result of the injuries. Jordan sped away without stopping.