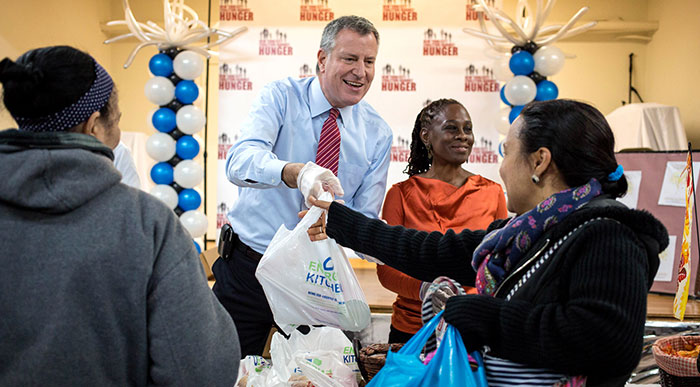 Mayor de Blasio said that Friday’s report “shows real progress toward our goal of lifting 800,000 New Yorkers out of poverty or near poverty by 2025.”