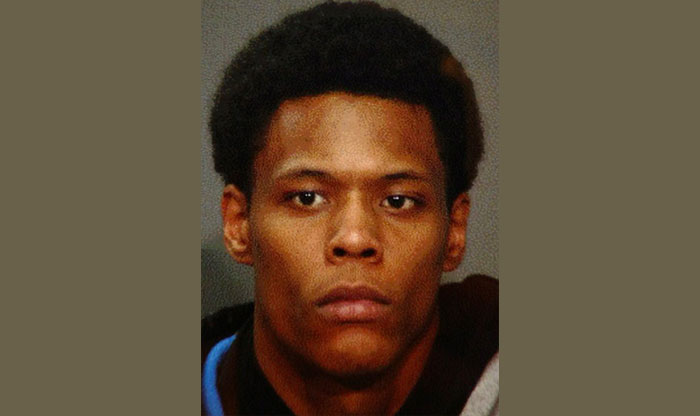 Ronald Williams’ last known address was a shelter in Queens.

By Michael V. Cusenza
A homeless man has been charged in the heinous assault of a borough mom moments after she dropped off her son at a school in Kew Gardens Hills, Queens District Attorney Richard Brown announced on Thursday.
Ronald Williams, 21, was arraigned on Thursday after being apprehended earlier in the week in South Carolina. The criminal complaint charges him with first-degree assault, first-degree sexual abuse, and first-degree unlawful imprisonment. Williams was remanded without bail and ordered to return to court on June 8.
According to charging documents, around 8 a.m. on Monday, April 30, Williams brutally attacked a 52-year-old woman near 72nd Road and Kissena Boulevard. The motherwas dragged to an apartment building’s outdoor stairwell and sexually assaulted and beaten. She was rushed to Jamaica Hospital Medical Center and is still being treated for her injuries, Brown noted, which include a fractured vertebrae in her neck and a fractured orbital bone. The woman needed four staples in her head as a result of an injury which is consistent with blunt force trauma.
Williams allegedly fled the city following the attack.
City Police Department Chief of Detectives Dermot Shea characterized the assault as a “particularly depraved act.”
“Her identity protected, New Yorkers came together in the name of justice,” he continued.“Fighting for her, the alliance between the NYPD and the community grew stronger and with it, our city. Thank you.”
Brown called the incident “frightening,” not only because of the viciousness of it, but because it all happened in broad daylight.
“Despite [Williams’] efforts to escape justice, he was fortunately apprehended and will now stand accountable for this horrific crime,” the DA added.
If convicted, Williams faces up to 25 years in prison.