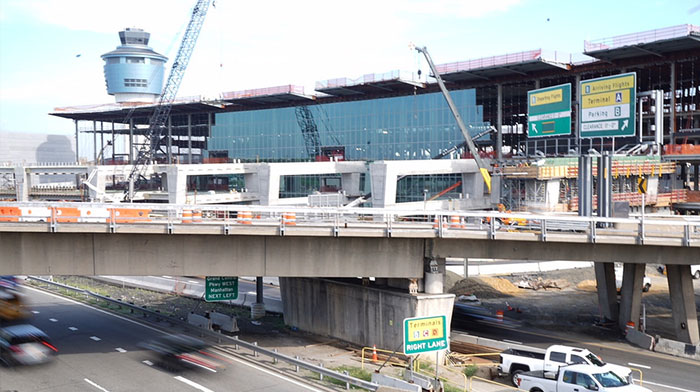 Kasapinov was contracted to perform asbestos removal work on several LaGuardia buildings between March 2014 and March 2015.

By Forum Staff
A contractor has been arrested for allegedly underpaying 28 workers by more than $40,000 in wages and benefits for a publicly-funded construction project at LaGuardia Airport, State Attorney General Barbara Underwood announced on Thursday.
Marjan Kasapinov and EMLO Corp. were arraigned on Thursday on charges of failure to pay the prevailing rate of wage or supplements, offering a false instrument for filing in the first degree, and failure to secure worker’s compensation insurance—all felonies. They were released on their own recognizance and ordered to return on Oct. 10.
According to the charges, Kasapinov, doing business as EMLO Corp. in Paterson, N.J., was contracted to perform asbestos removal work on several LaGuardia buildings between March 2014 and March 2015. Kasapinov, 63, is accused of allegedly submitting certified payroll records – paperwork required to be filed with the Port Authority – that falsely listed the amount of money in wages and benefits paid to his workers, resulting in 28 construction workers being underpaid by $40,000. Kasapinov is also alleged to have failed to secure the required worker’s compensation insurance for his company, even though asbestos removal work is hazardous.
“Companies doing business with municipalities, state agencies, and authorities are legally bound to pay their employees the fair and prevailing wage. In this case, the defendant chose to enrich himself at the expense of his own workers,” said Port Authority Inspector General Michael Nestor. “Today’s arrest will serve notice to all contractors that the Port Authority of NY & NJ will not tolerate wage fraud or any other criminal misconduct on public projects.”
If convicted, Kasapinov faces up to 1 1/3 to 4 years in prison, prohibition from performing public work for five years, and payment of back wages to his employees.
“Contractors that corrupt public projects and fail to pay their workers will be held accountable,” Underwood said. “Workers deserve fair pay of the wages and benefits they’ve earned—not to be exploited by their employer.”
State Inspector General Catherine Leahy Scott added, “These charges should send a clear message that my law enforcement partners and I will not tolerate any business that tries to cheat the system, especially while putting their own employees at a disadvantage.”