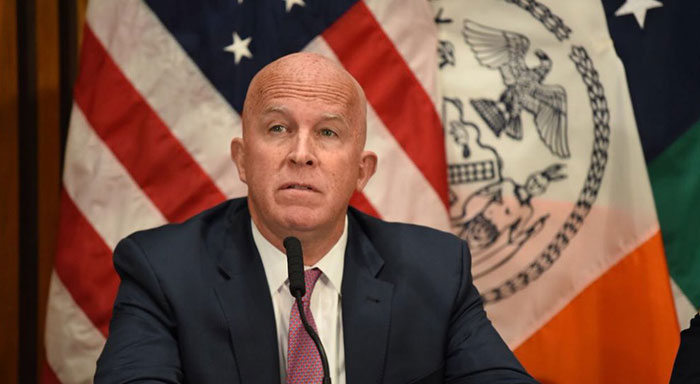 By Michael V. Cusenza
Last Saturday marked the start of a new month, and perhaps the beginning of the end of the criminalization of marijuana in the Big Apple.
The City’s new marijuana enforcement policy went into effect on Sept. 1. Developed to reduce unnecessary arrests, the modern method calls for the majority of New Yorkers found smoking marijuana in public to face criminal summonses instead of handcuffs and holding cells.
“The NYPD sees zero value in arresting people for marijuana offenses when those arrests have no direct impact on public safety,” Police Commissioner Jim O’Neill wrote in a New York Daily News op-ed. “And we know that making criminals out of those with no prior arrest history severely hampers our efforts to build trust and strengthen relationships with the people we serve.”
City officials unveiled the new policy in June. O’Neill and Mayor Bill de Blasio noted that the “significant shift” is the result of the final report and recommendations produced by the 30-Day Working Group on Marijuana Enforcement that convened in May. The panel found that most New Yorkers believe public smoking of marijuana was a public nuisance that should be curtailed; however, the consensus favored summonses in lieu of arrest if public safety and quality of life were unaffected.
There are a few exceptions to the new rule. New Yorkers will still be subject to arrest if they are on probation or parole, if they have existing criminal warrants, don’t have identification, have a recent documented history of violence, or their smoking poses an immediate public safety risk—such as while driving a car.
“Make no mistake: Marijuana is illegal in New York,” O’Neill wrote in the News’ Aug. 31 edition. “And even if it is legalized, it will still be a crime to walk along a sidewalk, drive a car or hang out in a park while smoking it — just like in other states that have already legalized the possession and limited use of the drug. Public consumption is prohibited from coast to coast.”
According to NYPD projections, the change will likely reduce overall marijuana arrests in the five boroughs by about 10,000 per year, based on 2017 arrest records and patterns.
“Neighborhood Policing has helped to bring officers and community together, but we still have more work to do to right the wrongs in the criminal justice system,” de Blasio said. “This new policy will help reduce unnecessary arrests, while making our city fairer and safer.”