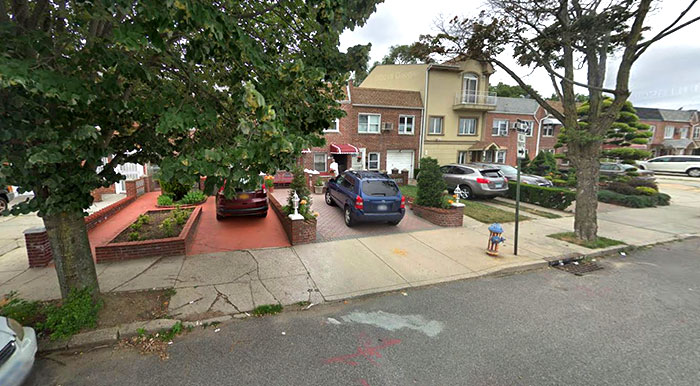 Nieves was killed inside his Peconic Street home.

By Forum Staff
A Brooklyn man has been convicted at trial for the shooting death of a South Ozone Park man during a January 2016 home invasion, Chief Assistant District Attorney John Ryan, on behalf of Queens DA Richard Brown, recently announced.
A jury found Freddie Salgado, 41, guilty of second-degree murder, first-degree burglary, second-degree criminal possession of a weapon, and second-degree assault following a two-week trial. Sentencing has been set for May 17.
According to trial testimony, on the morning of Jan. 11, 2016, Salgado and an unapprehended perpetrator entered the Peconic Street home of Frankie Nieves, 50, who was upstairs helping his 5-year-old daughter dress for school. The victim’s brother, Edgar Nieves, was on the ground floor and fought with the two men who were armed with a handgun and a stun gun.
According to trial testimony, Edgar Nieves managed to free himself from the melee and ran towards the front door. As he escaped the house, he heard gunfire. Frankie Nieves was shot once—at close range—in the chest. He was rushed to Jamaica Hospital Medical Center, where he died.
Video surveillance captured outside the residence, according to trial records, showed Salgado and another individual exit a white BMW, enter the Nieves home and then exit again and leave in the same vehicle. One of the two men left a red hat at the scene. DNA collected from the hat was a match for the Salgado’s DNA profile, which was on file in the State DNA Databank.
Furthermore, according to trial testimony, Salgado fled the five boroughs, but was apprehended in Miami in the BMW on Jan. 18, 2016. The BMW had been reported stolen and Salgado was held on charges related to the stolen vehicle; however, he provided police with a false name and was released on bail. Detectives from the 106th Precinct, with the assistance of federal marshals and local police, located Salgado and re-apprehended him; he was extradited to Queens to face murder charges. The BMW was also seized. A spot of blood was discovered in the vehicle by the NYPD Crime Scene Unit and was a match for the victim, Frankie Nieves.
“This kind of lawless gun violence is reprehensible,” Ryan said. “One man was killed and the child could have easily become a victim of this ruthless act of depravity. A jury has spoken and the defendant now faces a lengthy term of incarceration for his actions.”
At next week’s sentencing, Salgado faces up to 25 years to life in prison.