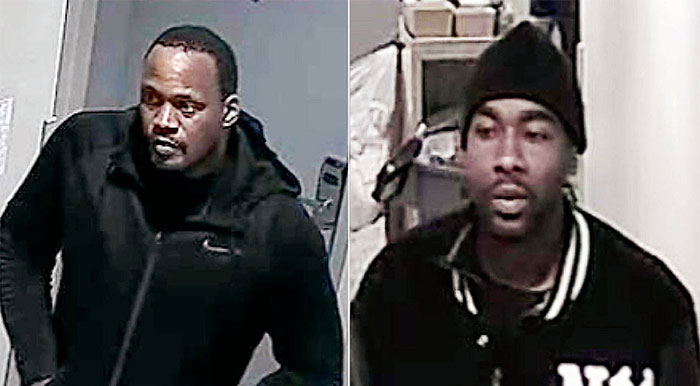 By Forum Staff
Two Brooklyn men have been sentenced to several years in prison for kidnapping and torturing an Ozone Park man in an attempt to obtain drugs, cash, and information, federal prosecutors announced this week.
Michael Crumble, 35, was sentenced on Monday to nine years’ imprisonment for kidnapping conspiracy, kidnapping and committing physical violence in furtherance of an extortion relating to the December 2017 abduction, assault and extortion of Daniel Nieves. On May 3, co-defendant Ramell Markus, 36, was sentenced to 15 years’ imprisonment for his role in the same crimes.
According to officials, on Dec. 17, 2017, Crumble, Markus, and a co-conspirator who later cooperated with the government kidnapped Nieves outside his residence in Ozone Park and forced him into a vehicle. Markus pistol-whipped the victim in a futile attempt to force him to give up narcotics believed to be in the victim’s home. Crumble, Markus, and their cohort then drove Nieves to another location in Brooklyn, and during the next eight hours tortured him—smashing a glass into his face and burning his arms with a hot iron—until the drugs and cash were given to them.
“[Crumble and Markus] were seeking cash and drugs when they brutally assaulted the victim, but what they ultimately received as a result of their vicious conduct were lengthy prison sentences,” said Brooklyn U.S. Attorney Richard Donoghue. “I commend our FBI and NYPD partners in the New York City Safe Streets Task Force for their outstanding investigative work in this case.”