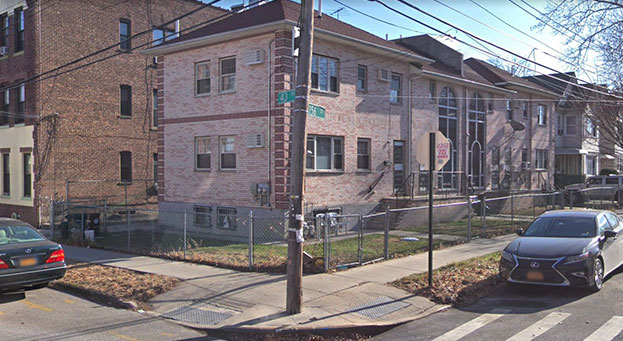 One of the alleged incidents occurred in the vicinity of 156th Street and 43rd Avenue in Flushing.

By Forum Staff
A Brooklyn man has been charged with attempting to lure two young girls—in separate incidents—into his car as they walked the streets of Flushing and Corona, Acting Queens District Attorney John Ryan announced on Friday.
Eddie Rodriguez, 42, was arraigned on Friday on a criminal complaint charging him with endangering the welfare of a child, public lewdness, fourth-degree grand larceny, and three counts of second-degree harassment. Bail was set at $55,000. As of Wednesday, Rodriguez remained on Rikers Island.
According to the charges, at approximately 6:30 p.m. on Monday, May 6, Rodriguez—while driving a Gray Nissan—pulled up next to the 12-year-old victim walking along Van Cleef Street in Corona, and began asking her for directions to a nearby hospital. During the course of the conversation, Rodriguez allegedly said that his phone did not work and asked to borrow the girl’s phone.
Shortly after receiving the phone from the victim, Rodriguez allegedly ordered the girl to get into his car, to which she refused. As the victim retrieved her phone from him, Rodriguez allegedly began manipulating his exposed penis in front of her.
On April 4, a month prior to the Corona incident, Rodriguez allegedly drove up to a 14-year-old girl walking in the vicinity of 156th Street and 43rd Avenue in Flushing shortly before 3 p.m. and asked to use her phone. As the teen attempted to help Rodriguez, he allegedly snatched the victim’s phone out of her hand. When she approached Rodriguez’s vehicle in an effort to get it back, he allegedly stroked his exposed penis and refused, saying “when I finish.” Rodriguez allegedly continued and then returned the phone to the teenager.
Rodriguez was subsequently apprehended last Thursday after pictures of his vehicle were circulated to the media.
“Every single person—especially children—should feel safe and secure walking alone in our neighborhoods. But the defendant in this case is alleged to have pursued the girls in his car, asked for directions all while fondling his exposed genitals,” Ryan said. “This kind of lewd and abhorrent behavior is unacceptable and caused the youngsters real fear.”
If convicted, Rodriguez faces up to a year in jail.