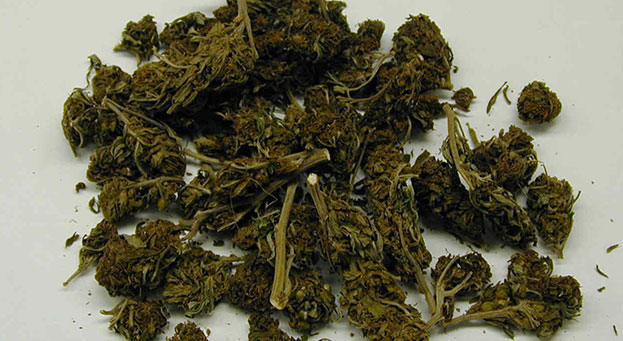 “It’s time to decriminalize marijuana, and this bill is a critical first step,” Sen. Schumer said.

By Forum Staff
Legislation that would remove cannabis from the list of scheduled substances under the Controlled Substances Act—effectively implementing decriminalization at the federal level—has been reintroduced in Congress, Senate Minority Leader Chuck Schumer (D-N.Y.) and new House lead sponsor, U.S. Rep. Hakeem Jeffries (D-Queens and Brooklyn) announced on Thursday.
“It’s time to decriminalize marijuana, and this bill is a critical first step,” said Schumer, who first introduced the measure last year. “The Marijuana Freedom and Opportunity Act would give states the right to make their own choices when it comes to regulation; better equip all Americans, particularly communities disproportionately impacted by marijuana’s criminalization, to participate in the growing marijuana economy; and, by incentivizing sealing and expungement programs, provide Americans with low-level marijuana convictions the opportunity to move forward.”
According to Schumer and Jeffries, the act would:
• Remove marijuana from the list of scheduled substances under the U.S. Controlled Substances Act of 1970, effectively decriminalizing it at the federal level. When the CSA was enacted, marijuana was listed as a Schedule I drug, deeming it as dangerous as heroin and more dangerous than cocaine.
• Maintain federal law enforcement’s authority to prevent trafficking from states that have legalized marijuana to those that have not.
• Establish dedicated funding streams to be administered by the Small Business Administration for women and minority-owned marijuana businesses that would be determinant on a reasonable estimate of the total amount of revenue generated by the marijuana industry.
• Authorize $250 million over five years for targeted investments in highway safety research to ensure federal agencies have the resources they need to assess the pitfalls of driving under the influence of THC and develop technology to reliably measure impairment.
• Invest $500 million across five years for the secretary of Health and Human Services to work in close coordination with the director of National Institutes of Health and the commissioner of Food and Drug Administration in order to better understand the impact of marijuana, including the effects of THC on the human brain and the efficacy of cannabis as a treatment for specific ailments.
• Maintains the Department of Treasury’s authority to regulate marijuana advertising in the same way it does tobacco advertising to ensure cannabis businesses cannot target children in their advertisements. The bill also allows the agency to impose penalties in the case of violations.
• Provides $100 million over five years to the Department of Justice in grants to encourage state and local governments to administer, adopt, or enhance expungement or sealing programs for marijuana possession convictions.
“For far too long, the impact of America’s repressive, archaic marijuana laws has been felt most heavily by people of color,” said Jeffries, chairman of the House Democratic Caucus. “This critical effort works to correct that injustice by providing $100 million toward expungement programs and creating an investment fund for people of color and female entrepreneurs who wish to enter the lucrative legal cannabis industry. Senator Schumer should be commended for his stalwart leadership in this regard.”