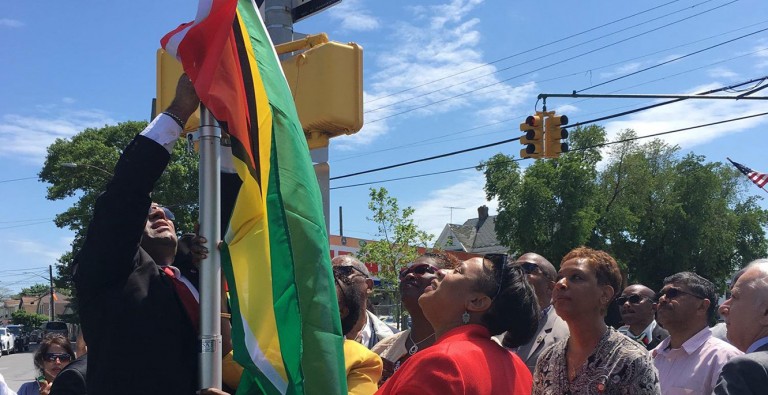 Borough Guyanese leaders, Richmond Hill residents, and South Queens elected officials gathered on Saturday at Romeo Hitlall Triangle, Liberty Avenue and 133rd Street, to celebrate the 53rd anniversary of Guyana’s independence from the United Kingdom by raising the Caribbean country’s Golden Arrowhead flag.
Guyana achieved independence from the UK on May 26, 1966, and became a republic on Feb. 23, 1970.