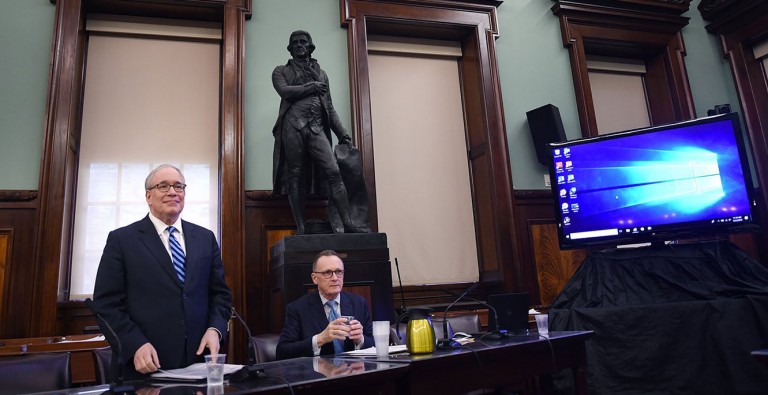 By Forum Staff
Homelessness crisis spending ballooned to more than $3.2 billion in Fiscal Year 2019—without significant improvements in results to show for it, City Comptroller Scott Stringer recently noted in agency watch list reports issued by his office.
First announced in 2018, the list that spotlights City agencies that raise the most budgetary concerns due to rapidly increased spending and lackluster production.
According to Stringer, the six homeless services provider agencies—the Department of Homeless Services, the Department of Social Services, the Department of Youth and Community Development, the Department of Health and Mental Hygiene, the Department of Housing Preservation and Development, and the Department of Veterans Services—have landed on his ledger for the second consecutive year. Despite “extraordinary increases in spending” for homelessness prevention and permanent housing, the homeless population in shelter has remained high, resulting in rising costs, the comptroller noted.
Stringer’s homelessness services watch list report shows: between FY 2014 and FY 2019, citywide spending on homelessness has more than doubled, to $3.2 billion; shelter costs have more than doubled over the same period, to $1.9 billion in FY 2019; spending on programs to prevent homelessness or provide successful permanent exits from shelter has also risen from $436 million in FY 2014 to $1.0 billion in FY 2019; despite this, as of April 24, 2019, the official New York City shelter census has increased by 11.5 percent overall since April 24, 2014—driven primarily by increases in the number of single adults in shelter, which has risen by 57.6 percent, and the adult family population, which has risen by 34.6 percent; the number of families with children has increased by 9.4 percent during this same time period, and the total number of children in shelter has decreased by 7.6 percent; the overall shelter census hit an all-time high of 61,415 individuals on Jan. 12, 2019; and the number of requests for emergency rent assistance rose 34 percent between FY 2014 and FY 2018, and remains high. There have been over 1,400 more requests for emergency rent assistance in the first four months of FY 2019 compared to the same period in FY 2018.
“The slow pace of progress to tackle our homelessness crisis is unacceptable,” the comptroller fumed.
Additionally, last week, Stringer released a watch list report on the City Department of Buildings. According to the comptroller, the agency’s mandate expanded under the “Building for One City” plan and its budget and full-time headcount have grown by 62 percent and 51 percent, respectively, between FY 2014 and FY 2018. Increased resources and staff have enabled DOB to reduce service times for plan reviews, inspection requests, and complaint responses, Stringer noted.
However, safety performance has deteriorated, he added.
According to Stringer’s DOB report, the number of total building construction-related accidents increased by 252 percent from FY 2014 to FY 2018, including a 167-percent increase in fatalities. The number of construction-related incidents to which DOB responded increased by 129 percent over the same period, as accidents and injuries more than tripled.
The comptroller pointed out that DOB “has a wide mandate to protect tenants, construction workers, and New Yorkers across the city. That’s why the alarming rise in construction injuries and fatalities is so concerning.”