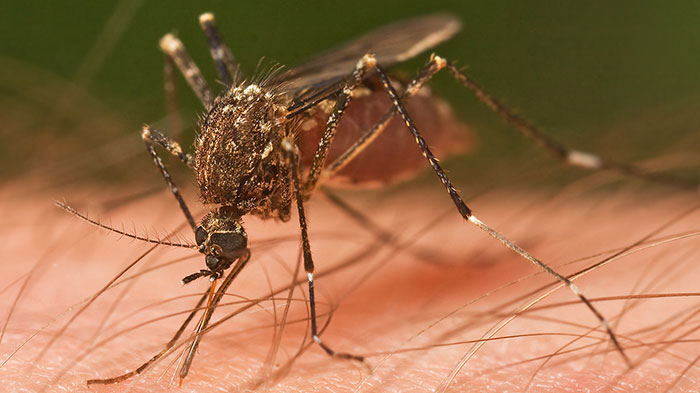 In summer 2015, a Howard Beach man was diagnosed with West Nile virus.

By Michael V. Cusenza
Assemblywoman Stacey Pheffer Amato (D-Howard Beach) recently reached out to the City to request a mosquito aerial spraying in coastal neighborhoods in Far Rockaway, Rockaway Park, Breezy Point, Howard Beach, and Ozone Park.
According to a notice recently issued by the Department of Health and Mental Hygiene, a majority of the ZIP codes encompassing the 23rd Assembly District had been left off of the list of neighborhoods slated for sprayings. Pheffer Amato indicated that she has fielded concerns from constituents regarding mosquito breeding and the potential spreading of viruses.
In a letter sent last Tuesday to DOHMH Commissioner Oxiris Barbot, M.D., Pheffer Amato asked “that the mosquito aerial spraying schedule include the areas encompassed by ZIP codes 11693, 11694, 11697, 11414, and 11417. I understand that NYC Dept. of Health does not spray for nuisance mosquitoes; however as much of my district is surrounded by coastal wetlands, it is crucial that the City take measures to ensure that these neighborhoods are protected from the threats of West Nile virus and the Zika virus.”
In summer 2015, a Howard Beach man was diagnosed with West Nile virus. William Ryan contracted the disease before DOHMH sprayed his community with a low concentration of a synthetic pesticide.
According to the U.S. Centers for Disease Control and Prevention, no vaccine or specific antiviral treatments for West Nile virus infection are available. Over-the-counter pain relievers can be used to reduce fever and relieve some symptoms. In severe cases, patients often need to be hospitalized to receive supportive treatment, such as intravenous fluids, pain medication, and nursing care.