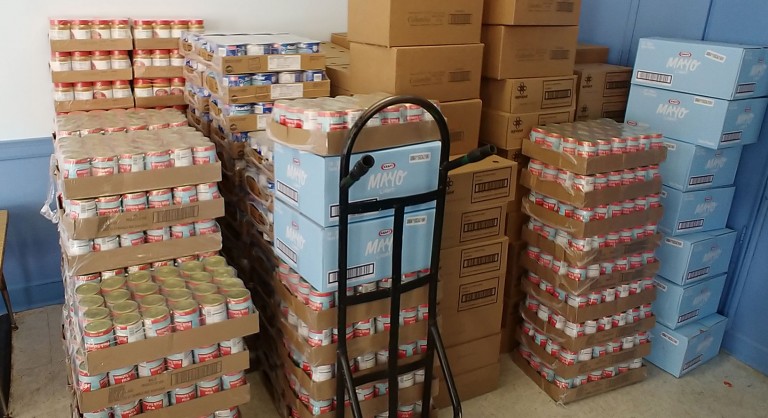 “There is literally enough good food going to waste that no one in America should be going hungry,” Fedkowskyj said.

By Michael V. Cusenza
A nonprofit recently crafted an online petition urging City schools to donate their food excess to groups that will distribute this food to the less fortunate.
Catering for the Homeless, Inc., a 501(c)(3) organization that utilizes food waste for the homeless, poor, and food insecure by connecting catering companies, grocery stores, schools, and restaurants to associations that distribute their food that has been going to waste, established the “Petition for NY Schools to Donate Excess Food to Alleviate Hunger Crisis” at change.org.
“New York City has the most food insecurity of any city in the nation. 1 in 4 people in NYC experience hunger on a regular basis. According to the Coalition for the Homeless, in NYC families make up 70% of the homeless in shelters, 40% of those are children. In NYC, 10% of the children in schools are homeless,” coalition founder and President Dmytro Fedkowskyj wrote in the online appeal. “While the United States is seeing the worst homelessness and hunger in the history of the nation, 133 billion tons of food goes to waste every year. There is literally enough good food going to waste that no one in America should be going hungry.”
The petition, according to Fedkowskyj, who is also the chairman of Community Board 5’s Special Committee on Homeless Issues, “is to advocate for the schools in New York to opt into” a law enacted in 2017 that established voluntary State guidelines to enable school districts, colleges, and other educational institutions to donate excess, unused and edible meals to pantries and other charitable organizations.
“This bill represents a win, win, win situation,” said State Sen. Joe Addabbo, Jr. (D-Howard Beach), a co-sponsor of the legislation. “It would help combat hunger among the poor, the elderly and others who often have trouble making ends meet and receiving proper nutrition. It would help food pantries, which rely on donations, to achieve their missions more easily, and it would reduce food waste and its many negative environmental impacts.”
Under the law, the State Education Department and State Department of Agriculture and Markets would work together to devise voluntary guidelines to encourage the donation of unused food by New York schools, colleges, universities and other educational organizations.
Addabbo said the law addresses “two extremely important issues of saving individuals and their families from hunger and malnutrition, and saving our planet from unnecessary and negative environmental degradation.”
The National Resources Defense Council has estimated that approximately 25 percent of freshwater in the United States is used to produce wasted food, Addabbo noted. In addition, reports by the Food and Agriculture Organization show that food waste leads to very high levels of greenhouse gas emissions.
According to Fedkowskyj, more than 50 schools have been contacted “to get on-board” with the measure, “but until the Department of Education opts into this law, most of the schools will not get on-board, and will continue to throw away perfectly good, quality, untouched food into the trash on a regular basis.”
As of Wednesday afternoon, 426 people had signed the petition.