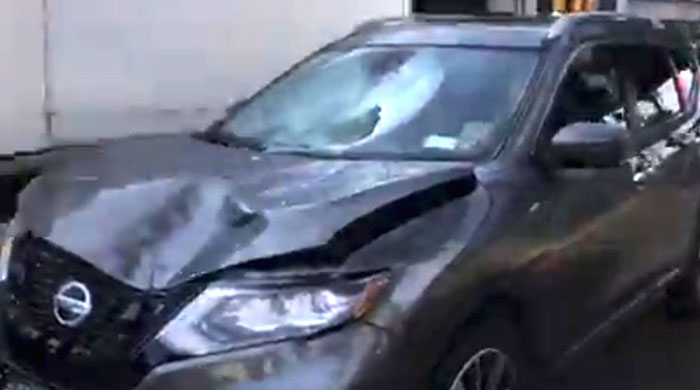 By Michael V. Cusenza
The inquiry is not exactly novel, but two violent traffic accidents roughly 30 hours apart this week has brought it back to the fore.
Is Woodhaven Boulevard the new Boulevard of Death?
With the original BOD, Queens Boulevard, enjoying an extended period of relative calm, it would seem that the Woodhaven thoroughfare is at least a candidate for the ignominious mantle.
On Thursday morning, a 56-year-old man was fatally struck in a hit-and-run on the southbound side of the boulevard near 91st Avenue. According to the New York Post, the victim was hit around 5 a.m., then the driver dragged the man’s dismembered body nearly 300 feet before peeling away. The victim was pronounced dead at the scene.
“All day every day people fly through here,” Louis Calderon, a 49-year-old who owns a business on 91st Avenue, told The Post.
Last Wednesday morning, around 1 a.m., a cyclist was struck by an SUV near the intersection of Woodhaven Boulevard and Jamaica Avenue, police said. The motorist remained at the scene while the victim was rushed to Jamaica Hospital Medical Center, where he was listed in critical condition. So far, no charges have been brought as a result of the incident.
“This accident occurred in my district,” City Councilman Eric Ulrich (R-Ozone Park) tweeted hours later. “Clearly more needs to be done to protect cyclists and pedestrians at busy intersections. @NYC_DOT should start by planning and installing safer bike lanes. The current network (or lack thereof) in South Queens is a big part of the problem.”