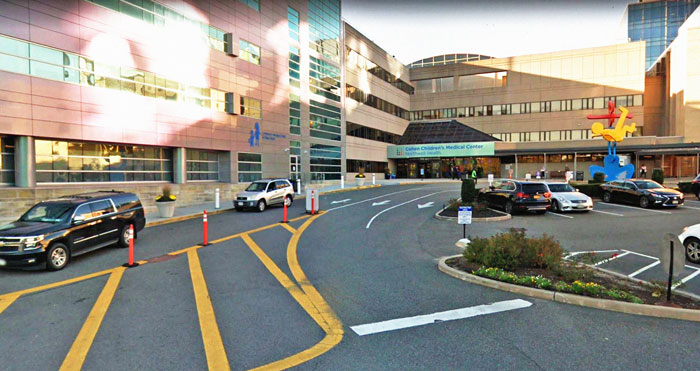 The infant died three days after he was admitted to Cohen Children’s Medical Center.

A Woodhaven man has been charged in the death of his infant son inside their 88th Street residence last week, Acting Queens District Attorney John Ryan announced Friday.

Luis Sanchez, 28, was arraigned last Thursday on a complaint charging him with second-degree manslaughter and endangering the welfare of a child. Bail was set at $150,000; as of Wednesday afternoon, Sanchez remained on Rikers Island. He has been ordered to return to court on Sept. 20.

According to the charges, at approximately 12:20 p.m. on Aug. 16, first responders arrived at Sanchez’s 88th Street home and discovered the unresponsive body of Sanchez’s 7-week-old son (the boy’s name has not been disclosed). Emergency personnel were allegedly told by Sanchez that his son—who was not breathing and whose lips had turned blue—had been healthy and functioning shortly before his discovery.

When questioned, Sanchez allegedly told police he was sitting on his couch with the child in his arms when he grabbed his 14-month-old son—who was also in the home—in an attempt to prevent the toddler from falling off of the couch. As a result, the 7-week-old infant slipped from his arms and onto the floor, hitting his head. It is alleged that Sanchez then said he gave the infant—who was fussy—a bath. At some point, Sanchez allegedly left the baby alone to check on his older son, only to return to the bathroom to find the child in an unconscious state. Emergency medical technicians rushed the baby to Jamaica Hospital Medical Center and later to Cohen Children’s Medical Center, where he was pronounced dead three days later.

Autopsy findings revealed that the baby sustained extensive retinal and subdural hemorrhages in addition to several rib fractures at various stages of healing.

According to the complaint, doctors determined that the infant’s injuries were consistent with abusive head trauma, including violent shaking. The medical examiner further confirmed these findings in the autopsy which indicated that the baby’s injuries could not have been sustained during a fall as Sanchez alluded to in his statements to police.

“The victim in this case was an innocent baby whose life was cut short a mere two months after his birth,” Ryan said. “As a father, the defendant was responsible for caring and maintaining the safety and well-being of his young son.  Instead, he is accused of violently shaking the infant to death. He now faces a lengthy period of time behind bars for his allegedly senseless and brutal actions.”

If convicted, Sanchez could be sentenced to up to 15 years in prison.