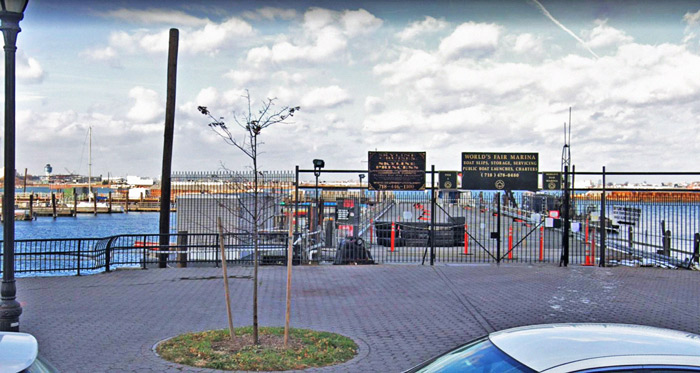 Chudhary allegedly identified the area of the World’s Fair Marina in Flushing as a location for the attack.

Awais Chudhary, 19, a naturalized U.S. citizen born in Pakistan, has been charged with attempting to provide material support to the Islamic State of Iraq and al-Sham, more commonly known as ISIS, a designated foreign terrorist organization.

As alleged in the criminal complaint, in August 2019, Chudhary communicated to undercover law enforcement officers through text messaging that he planned to conduct a stabbing or bombing attack on behalf of ISIS. Chudhary also wanted to record his attack to inspire others to commit similar acts of violence. Chudhary identified the pedestrian bridges over the Grand Central Parkway to the Flushing Bay Promenade and the area of the World’s Fair Marina as locations for the attack. On Aug. 23, Chudhary told an undercover agent that he intended to use a knife “because that’s what he knows,” but if the undercover agent could instruct him on how to build a bomb, he would consider using an explosive device at a “mini-bridge over a busy road with many cars.” On the same day, Chudhary texted another undercover agent a screenshot of a document entitled “Islamic State,” with the subheadings: “Places to Strike,” “The Ideal Knife” and “Knives to Avoid.” The instructions included a diagram of the human body with directions where to stab a victim. Chudhary also sent the undercover agent videos of pedestrian bridges over the Grand Central Parkway, and stated that he was considering throwing explosives over the fencing at vehicles passing below.

The complaint also alleges that Chudhary conducted multiple reconnaissance trips to the targeted locations. On Aug. 24, Federal Bureau of Investigation agents surveilled Chudhary enter the Flushing Bay Promenade in the vicinity of 27th Avenue and Ditmars Boulevard and take videos and photos with his cellphone of various locations, as well as the World’s Fair Marina, a nearby gas station, a Dunkin’ Donuts, and a security camera near the donut shop.

“[T]he only photos Chudhary will be featured in are the ones taken in our prisoner processing room prior to his arrival in federal prison,” quipped FBI New York Assistant Director-in-Charge Bill Sweeney, Jr.

Between Aug. 25 and Aug. 26, Chudhary allegedly ordered a tactical knife, a mask, gloves and a cellphone chest and head strap from Amazon to facilitate his recording of the attack. Chudhary was arrested Thursday as he attempted to retrieve the items from a borough Amazon establishment.

“Awais Chudhary had accepted the call from ISIS to kill fellow New Yorkers in the city he called home,” added City Police Commissioner Jim O’Neill. “He had carefully planned, conducted reconnaissance, picked a target, and was in the process of obtaining the weapon. All he has left to do was to strike. The FBI agents and NYPD detectives of the [Joint Terrorism Task Force] should be commended for the disruption of this plot. Their work almost certainly saved lives.”

If convicted, Chudhary faces a maximum sentence of 20 years’ imprisonment.