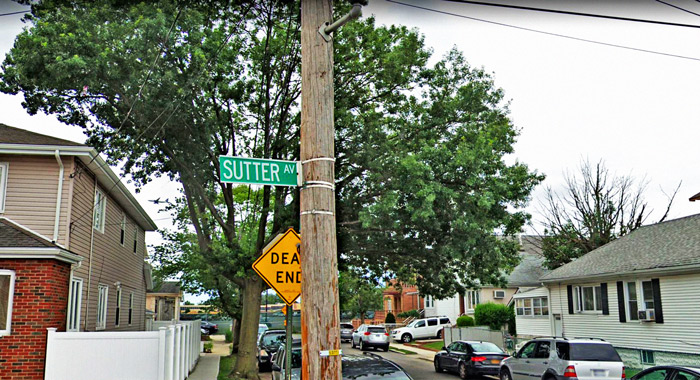 In April 2015, a prospective buyer gave Maharaj four checks, totaling $34,500, for a home she presented as a “short sale” on Sutter Avenue in South Ozone Park.

A former licensed real estate saleswoman living in Richmond Hill has been sentenced to up to six years in prison for stealing nearly $600,000 in payments from prospective homeowners for the purported “short sale” of several Queens and Brooklyn properties in 2015, Acting Queens District Attorney John Ryan announced Friday.

According to trial testimony, beginning in December 2014, Maharaj accepted a number of deposits, totaling $55,500, from a prospective buyer for the purchase of a home on Lefferts Boulevard in Richmond Hill. In April 2015, a second prospective buyer gave Maharaj four checks, totaling $34,500, for a home she presented as a “short sale” on Sutter Avenue in South Ozone Park. This same buyer then paid Maharaj an additional lump sum of $130,000 in order to secure the purchase of the property.  Maharaj repeated this scam several more times, collecting deposits totaling $176,200, for a home on 122nd Street in Jamaica and for “short-sale” home purchases on Murdock Avenue in Queens Village and on Avenue K in Brooklyn. In 2016, Maharaj again pocketed a total of $199,000 from a third prospective buyer, who was interested in a property on 115th Street in Richmond Hill.

According to trial testimony, despite having paid large sums of money to Maharaj, the victims were never allowed to move into the homes. Instead, Maharaj spent the $594,700 in funds she had received on vacations and personal expenses.