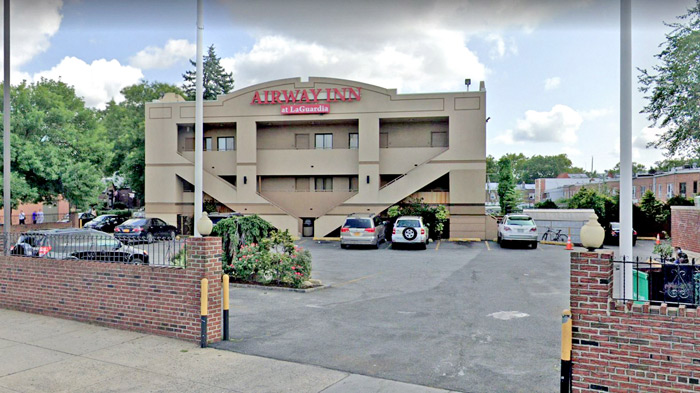 The body of a 60-year-old College Point man was discovered Aug. 5 inside a room at the Airway Inn at LaGuardia Airport in East Elmhurst.

An admitted prostitute who is already under indictment for the July overdose death of a man inside an Elmhurst motel room has been arraigned in Brooklyn federal court on a superseding three-count indictment charging her in the fatal OD of a second Queens man, federal prosecutors announced Thursday.

Angelina Barini, 41, of Rego Park, has been charged with distributing and possessing with intent to distribute fentanyl, methamphetamine, and cocaine that resulted in the fatal overdose of a 60-year-old College Point man whose body was discovered Aug. 5 inside a room at the Airway Inn at LaGuardia Airport in East Elmhurst.

Barini originally was arrested and arraigned on Aug. 25 on a criminal complaint charging her with conspiracy to distribute and possess with intent to distribute one or more substances containing fentanyl. She was remanded into custody.

According to the complaint, between July and August, law enforcement authorities, including Homeland Security Investigations, had been looking into several lethal drug overdoses that had occurred in Queens hotel rooms. Based on the probe, federal officials tied Barini to the deaths of at least three clients.

“Barini has shown little regard for the life of another, and with the drugs laced with fentanyl that she allegedly peddled, she offered her victims an experience they would never survive,” said HSI New York Special Agent-in-Charge Peter Fitzhugh.

If convicted of causing the death of an overdose victim, Barini faces a mandatory minimum of 20 years’ imprisonment, and a maximum of life imprisonment.