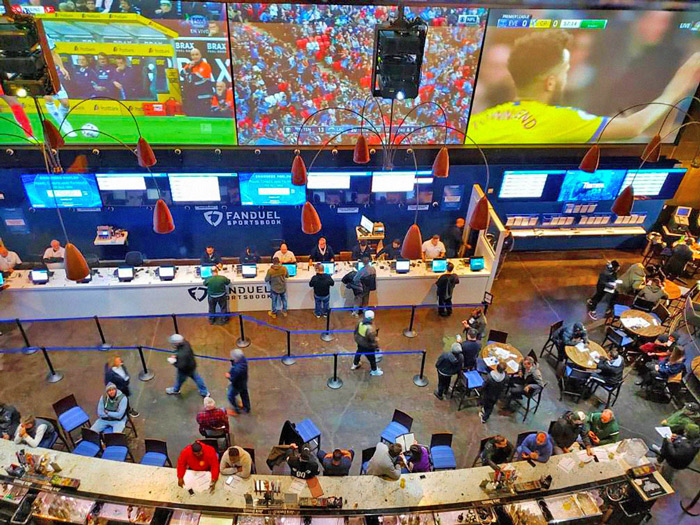 According to the New Jersey Department of Gaming Enforcement, the Garden State’s Sports Wagering Gross Revenue for the month of September—which includes the use of mobile devices—was $37.9 million, up from $23.8 million in September 2018, a 59.3-percent increase over the one-year period.

Since January, Addabbo noted, New Jersey has gained $ 190.6 million in gross revenues from sports betting. The senator stated that, based on that figure, the lost revenue for New York could be more than $47 million.

“New Jersey continues to release astounding sports wagering numbers month after month, while New York remains largely out of the conversation since we do not allow mobile sports betting as of now,” said Addabbo, chairman of the Senate Racing, Gaming and Wagering Committee. “With football season now in full swing, the MLB playoffs underway, hockey season dropping the puck, and basketball season beginning soon, the only way these numbers can go is up. With New York not allowing mobile sports betting, our revenue will continue to be poured into New Jersey and surrounding states that have mobile sports betting, in addition to a missed opportunity for increased educational funding that is generated from our state’s gaming operations and creation of new jobs.”

Addabbo has said it’s disconcerting to watch NY sit on the sidelines as its neighbor wins big. According to Kip Levin of Fan Duel and Lindsay Slader of Geo Comply, approximately 25 percent of New Jersey’s sports bets come from New York residents.

“It’s frustrating to see those numbers and realize that money—and more—could be coming to New York to help our students and citizens,” Addabbo said this summer. “Eighty percent of tax revenue generated from gaming goes directly to educational funding, which means without having legal sports betting in New York with a mobile component, our children are losing out on hundreds of millions of dollars.”

Addabbo also noted this week that illegal sports wagering is still thriving in New York since residents do not have an easily accessible way to place a bet.

“Just because New York does not allow mobile sports betting does not mean that people are not making sports wagers; they are just doing it illegally,” the senator said. “Many residents do not want to take a long care ride to make a sports bet, so they go to their local bookie. I believe with mobile and an increase in accessibility to authorized sports betting, we can recapture the revenue currently being lost to illegal sports wagering and as a consequence, increase educational funding as well. I will continue to push for mobile sports betting when session begins again in 2020.”

The U.S. Supreme Court in May 2018 lifted the federal ban on sports betting, indicating that it is up to individual states to decide if they want to allow wagering on athletic events.