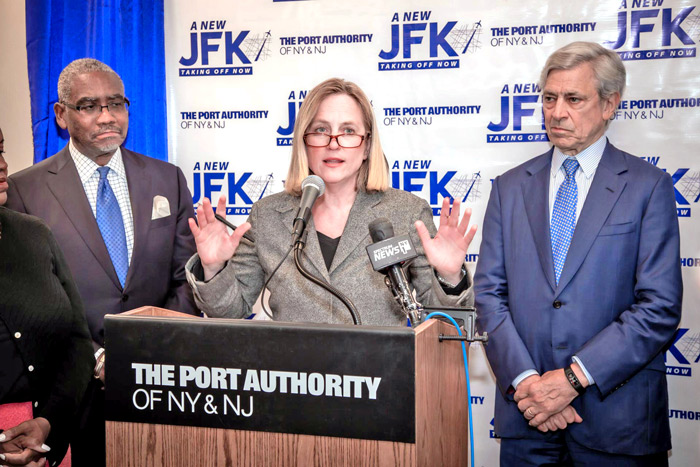 Photo Courtesy of the Office of the Borough President

According to the administration, the initiatives were developed by the JFK Advisory Council and cover three of the council’s main areas of focus: jobs in construction and airport operations for Southeast Queens residents; opportunities for businesses in Queens; and job training programs and educational opportunities for the community.

“The continued redevelopment of JFK has allowed residents, businesses, and communities to benefit through economic incentives. I commend Gov. Cuomo for bringing these trainings and educational opportunities to South Queens and encourage everyone to take advantage!” said Assemblywoman Stacey Pheffer Amato (D-Howard Beach). “I look forward to seeing the progress made on the airport, and am hopeful that it will go a long way in improving the lives of New Yorkers and visitors alike.”