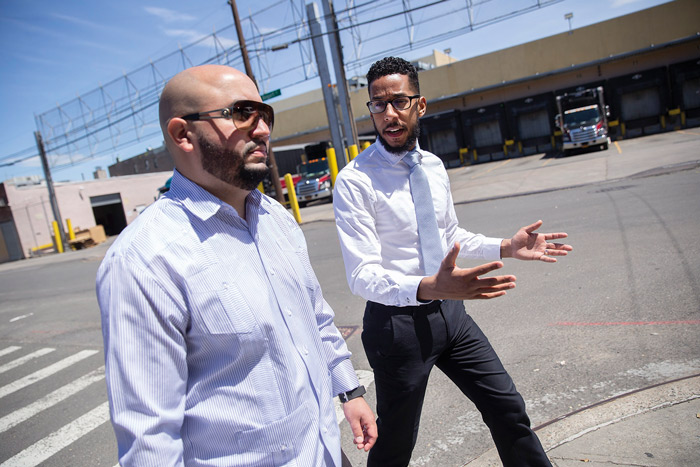 The City Council recently voted to approve a package of sanitation and commercial waste legislation that will establish commercial waste zones throughout the five boroughs and regulate the trade waste industry.

According to Introduction No. 1574-A, the City Department of Sanitation would designate commercial waste zones and enter into agreements with up to three private carters to operate in each zone. There would also be up to five carters authorized to operate citywide to pick up large containers of waste that are brought directly to a waste transfer station. Certain micro-haulers, including those who collect organic waste by bicycle, would be able to continue to operate under a particular tonnage.

The bill would encourage private carters to submit proposals to ensure the goals of the program—improved safety for workers and the public; reduction of waste hauling vehicle miles travelled and associated pollutants, including greenhouse gas emissions; and improved customer service. DSNY would be authorized to set minimum rates that carters must charge businesses, if necessary.

The bill would also require worker retention in the case of a merger or acquisition, and the department would make available a displaced employee list to companies.

Introduction No. 1573-A would add enforcement of environmental, safety, and health standards to the powers and duties of the Business Integrity Commission. Some private carters have a history of operating unsafely in the city, but continue to remain licensed by BIC, according to the council. This statement of the BIC’s authority to act on unsafe practices in the industry would allow the agency to consider a business’ practices more broadly upon license renewal. Additionally, it would add violation of law relating to the safety of the general public to the reasons a trade waste license could be suspended.

“Companies in the private carting industry are currently engaged in a race to the bottom in which workers are denied training, and old diesel trucks are used to travel impossibly long routes that zig-zag inefficiently across our city,” said Councilman Antonio Reynoso (D-Brooklyn), who sponsored the bill at the request of Mayor Bill de Blasio. “Today, we are putting an end to the private carting industry’s horrific practices and the devastating impacts they have had on workers, community members, and our environment.”

Introduction No. 1082-A would require global positioning systems on waste-hauling vehicles that are used to collect waste in commercial waste zones. GPS on private carting trucks can provide information to the Department of Sanitation and the Business Integrity Commission to allow them to properly monitor waste-hauling vehicles operating in the five boroughs.

“Codifying strict enforcement measures against carters who rely on off-the-books employees sends a strong message that New York City will not tolerate these unsafe practices. Similarly, requiring GPS software in private garbage trucks holds companies accountable for reckless driving that has led to numerous fatalities across the five boroughs,” said Councilman Rafael Salamanca, Jr. (D-Bronx), sponsor of both Intros. 1082 and 1083.