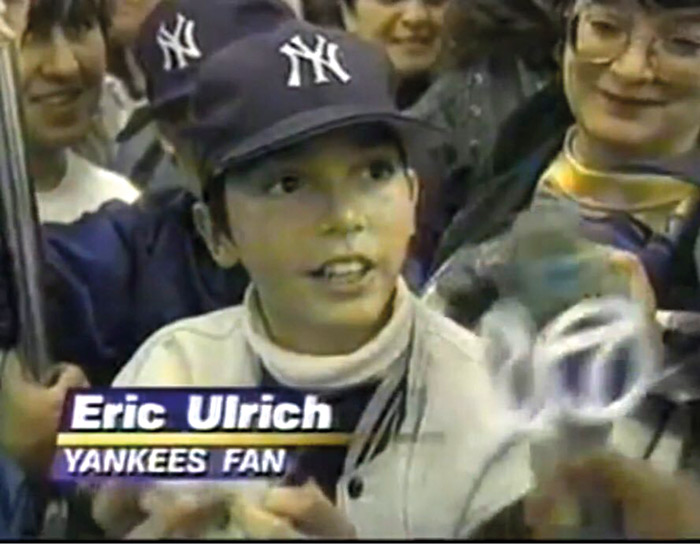 “I believe I just stumbled across a video of Councilman @eric_ulrich at the 1996 World Series parade,” Walker captioned a screenshot on Twitter of an 11-year-old Ulrich decked out in pinstriped garb being interviewed by a WABC Eyewitness News reporter.

The councilman confirmed the evidence as authentic.

“Best f—–g opposition research in my 10+ years in elected office!” Ulrich quipped on the social media site. “It took a while but someone finally uncovered the fact that I was raised a @Yankees fan!”