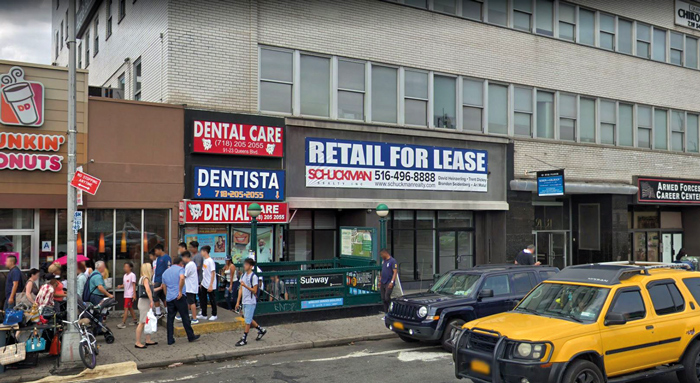 The M and R station on Woodhaven Boulevard near Queens Boulevard is on the list of seven Queens stops included in this procurement.

The Metropolitan Transportation Authority is seeking qualified design-build teams to bring full vertical accessibility in accordance with the Americans with Disabilities Act to 23 stations across the five boroughs as called for in the agency’s 2020-2024 Capital Plan, MTA officials announced Thursday.

These expedited design-build contracts will be awarded to the companies whose proposals offer the best value to the MTA based on an evaluation of qualitative factors as well as cost and schedule, officials added.

Work at each station will generally include the design and construction of:

The MTA noted that additional work may be necessary based on existing conditions at the stations, including:

“Accessibility is a top priority for the MTA, and we are committed to completing these accessibility projects as quickly as possible,” said MTA Chairman and CEO Pat Foye. “The Capital Plan’s historic $5.2 billion investment in accessibility brings us one step closer to creating the equitable transit system New Yorkers deserve.”

The record 2020-2024 Capital Plan pledges to invest $51.5 billion across the region’s subways, buses, commuter rail systems, and bridges and tunnels over the next five years. The plan is the largest in MTA history and includes $40 billion devoted to NYC Transit’s subway system and bus network, with priority given to accelerating accessibility. NYC Transit’s Fast Forward plan to modernize the subway system established the goal of making at least 50 more subway stations accessible in five years so that customers would not have to travel farther than two stops to reach an accessible station. The 2020-2024 Capital Plan is a bit more ambitious—it calls for making 70 stations accessible in five years.

According to NYC Transit, the first 48 stations identified in September met the “never more than two-stations away” coverage goal, and went even further by including several important transfer points and complexes, and other community priority stations. The 20 additional stations identified in December further increase citywide geographic coverage.

“We are going to deliver these accessibility improvements better, faster and more efficiently, not only by requiring design-build, but also by bundling these projects across MTA agencies to take advantage of proximity,” MTA Chief Development Officer Janno Lieber said. “Innovation is the driving force of this approach.”