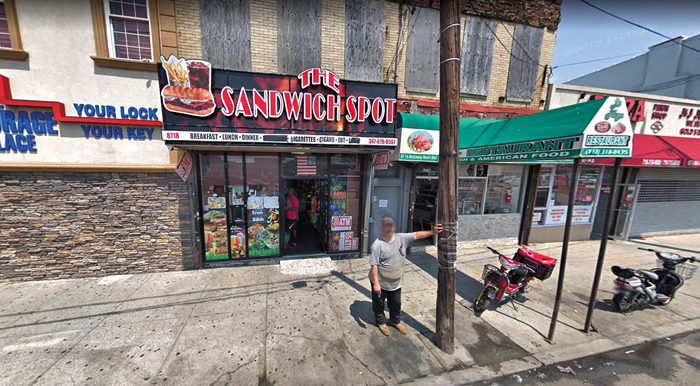 Hall allegedly shot Gumby a week before Christmas in front of this Rockaway Beach deli.

A Far Rockaway man has been indicted in the shooting death of a fellow borough resident outside a Rockaway Beach deli days before Christmas, Queens District Attorney Melinda Katz announced Tuesday.

Michael Hall, 33, was arraigned Friday on a six-count indictment charging him with second-degree murder, second degree criminal possession of a weapon, and endangering the welfare of a child. Hall was remanded into custody when his defense lawyer reserved a bail application for a later date.

Hall is scheduled to return to court on April 9.

According to the charges, shortly after 6 p.m. on Dec. 18, Hall was allegedly observed on video surveillance in front of a deli at 87-18 Rockaway Beach Blvd. The victim, Dion Gumby, was seen a short time later on the same video surveillance at the location and he and the defendant had a brief conversation. As Gumby, 45, walked away, Hall allegedly drew a handgun, cocked it, and fired several rounds in his direction—in front of a number of people, some of whom were children. Gumby was struck in his arm, chest, and abdomen; he would later succumb to those injuries.

If convicted, Hall faces up to 25 years to life in prison.