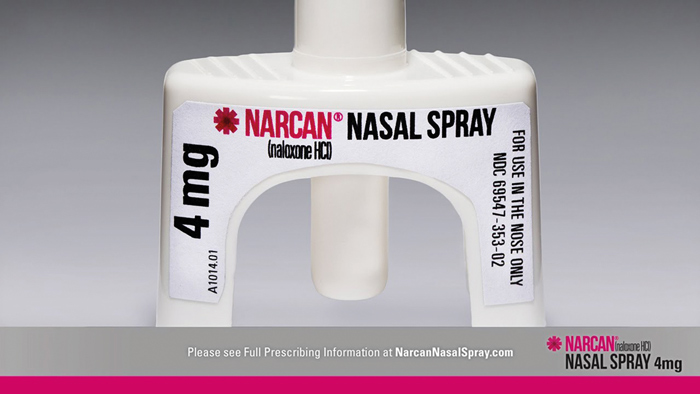 According to James, in February 2016, Adapt Pharma, Inc. launched a naloxone nasal spray, branded as NARCAN, in the United States. While naloxone has been used for decades by first responders and others for the emergency treatment of known or suspected opioid overdoses, NARCAN’s nasal spray device makes it a convenient, non-invasive option that can be used safely, easily, effectively, and without risk by any person—regardless of medical training. In October 2018, Adapt was acquired by Emergent. 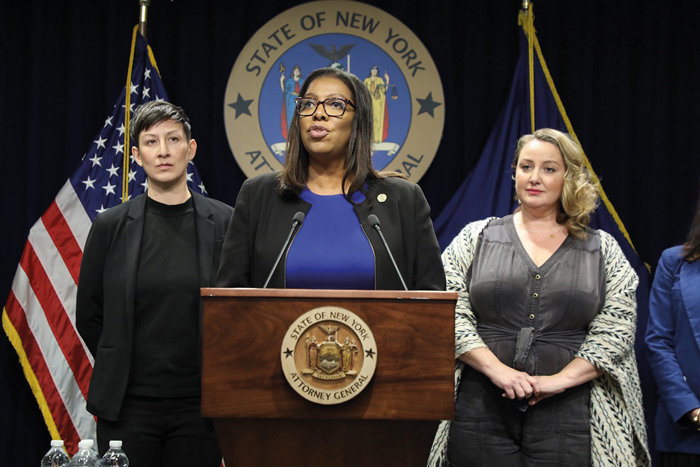 Photo Courtesy of AG James’s Office
“Our hope is that we can reduce the number of opioid-overdose deaths across New York and this nation and save millions of additional lives,” New York AG Tish James said.

The investigation by the Attorney General’s Office revealed that before being acquired by Emergent, Adapt entered into a contract with the manufacturer of the nasal spray device used in NARCAN, which may have had the effect of restricting the nasal spray device manufacturer from supplying similar devices to other companies attempting to develop their own nasal nalmefene product—potentially impeding the development of additional life-saving drugs, James noted. Clinical literature suggests that nalmefene has the potential to be a successful, life-saving opioid overdose reversal drug, the AG added.

According to James, after she laid out her concerns, Emergent and the AG’s Office came to an agreement that would ensure Emergent no longer enforces the terms of the previously negotiated exclusivity contract. Additionally, the agreement will ensure Emergent renegotiates the contract with its nasal spray device manufacturer.

“Given the tragic, devastating effects of the opioid crisis, and the urgent need for additional drugs for the emergency treatment of opioid overdoses, my office will do whatever possible to ensure that there are no unnecessary impediments to the development of additional life-saving opioid overdose reversal drugs,” James said. “I’m proud to announce that, starting today, additional companies will be able to gain access to these nasal spray devices. With more companies able to access this easy-to-use technology, our hope is that we can reduce the number of opioid-overdose deaths across New York and this nation and save millions of additional lives.”