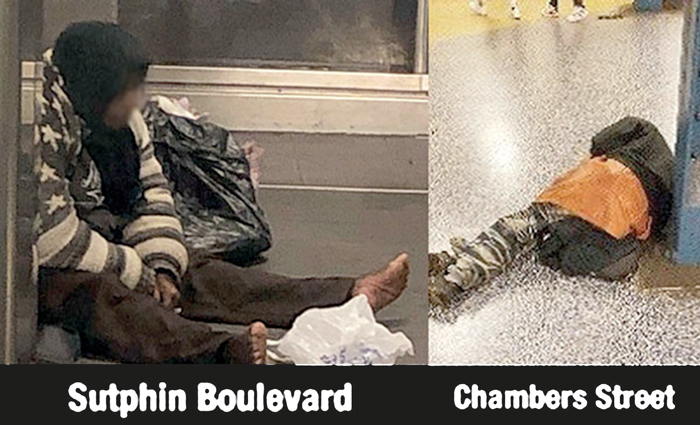 “Homeless outreach in the subway has been so shoddy and with so little oversight from DHS and MTA, that it should be no surprise the homeless population in the subways has grown,” State Comptroller Tom DiNapoli said.

Despite throwing tens of millions of dollars at the pervasive problem, the homeless situation in city subways has grown significantly worse on the watch of the Department of Homeless Services, in part because the agency has neglected to monitor a non-profit group that has repeatedly failed to conduct the very outreach it was hired for, according to a recently released audit by State Comptroller Tom DiNapoli.

Many of MTA New York City Transit’s 472 subway stations are open 24 hours a day/seven days a week, and as such have increasingly become a place of refuge for the homeless—and a growing concern for the Metropolitan Transportation Authority. In 2013, the MTA entered into a Memorandum of Understanding with DHS to provide homeless outreach and placement services. In turn, DHS contracted with Bowery Residents’ Committee, a non-profit provider of homeless housing and services, to perform these services, Di Napoli noted.

Department of Homeless Services’ three-year contract, effective June 2014 through June 2017, required BRC to reduce the homeless population residing in subways by two-thirds of the 2013 NYC homeless census count (to 626 from 1,841). In July 2017, DHS extended the contract for another three years, to 2020. At a cost of about $6 million annually, funded equally each year by both DHS and the MTA, the contract is valued at about $36 million for homeless outreach.

BRC’s outreach has failed to reduce the homeless population residing within the Gotham subway system below the 2013 levels (the homeless census count at the 2017 contract milestone was 1,812—a decrease of only 29 from the 2013 count of 1,841 and short of the two-thirds reduction requirement; the 2019 homeless census puts the count at 2,178—an 18-percent increase since 2013, according to DiNapoli’s analysis.

The State comptroller noted that his auditors found the MTA and DHS cannot trust that BRC is placing homeless into shelters as it claims it does. BRC said it placed 600 clients into shelters since 2016, but auditors determined the organization’s claims were not reliable. Auditors looked at 50 supposed placements and found 20 of them (40 percent) were either not placed in the reported shelter or were not placed on the date reported.

Additionally, State auditors made 12 station visits (seven announced and five unannounced) and found BRC outreach “fell short.” They were not providing services to the extent possible and in some cases offered no services at all. During four of the five unannounced visits outreach workers were scheduled to visit a station but never showed up. For example, on May 9, 2019, at the Sutphin Boulevard E/J/Z station: No outreach workers were seen at this “high risk” station despite a scheduled visit, according to the comptroller’s analysis. Auditors observed seven homeless individuals, including one who was disabled, one who was creating disturbances with riders, and one who was sleeping on the floor creating a hazard for foot traffic.

“Homeless outreach in the subway has been so shoddy and with so little oversight from DHS and MTA, that it should be no surprise the homeless population in the subways has grown,” DiNapoli said.