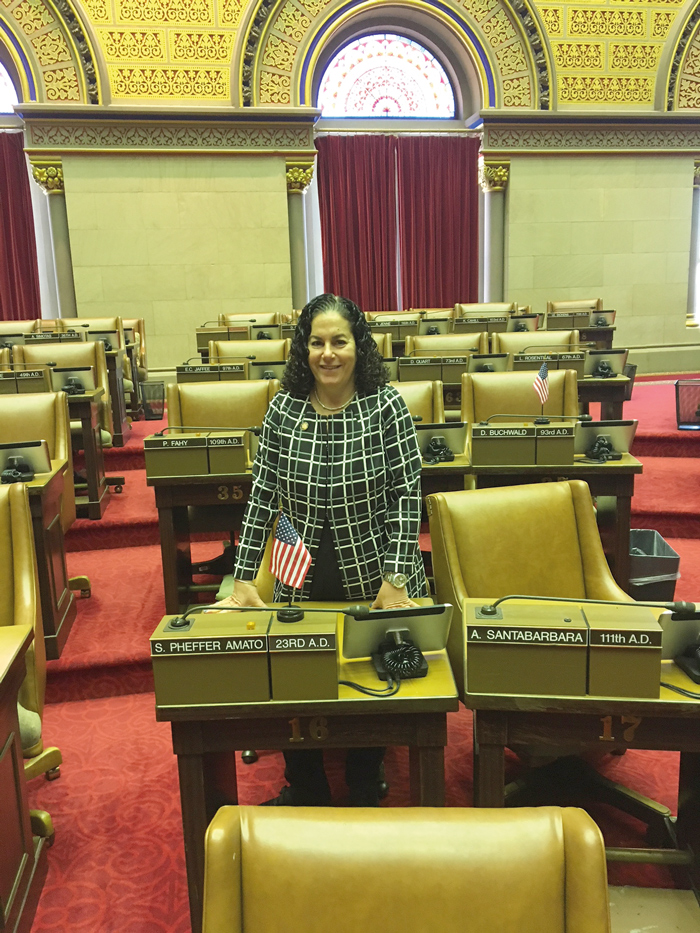 “By creating a State-run mutual fund that distributes a yearly dividend, New York taxpayers get more money in their pockets from profits they create,” Assemblywoman Pheffer Amato said.

Consumers are entitled to a piece of the data pie.

That’s what Assemblywoman Stacey Pheffer Amato’s (D-Howard Beach) new “Data Dividend” bill is all about. Pheffer Amato is calling for tech companies who profit off of their consumers’ data to contribute a portion of their gross income into a new mutual fund managed by the State, which would pay out a yearly dividend to taxpayers.

Though Pheffer Amato’s measure is the first in the Empire State to call for the creation of a Data Dividend, the assemblywoman recently pointed out that examples of a dividend distributed to taxpayers through a State-managed investment fund already exist. For example, the Alaska Permanent Fund invests a 25-percent revenue tax leveled every year on oil and mineral activity in the state into a mutual fund that pays a yearly dividend. Last year’s dividend was $1,600 for every eligible Alaska resident, including children.

Pheffer Amato also noted that the idea of a 5-percent revenue tax on companies that profit from the sharing of data originated from Facebook co-founder Chris Hughes in 2018. In 2019, according to estimates on the numbers of users and data rate per user, Facebook made between $480 million and $960 million worldwide by selling their users’ data.

“I fully support tech companies simplifying our lives, and making our world better by using data responsibly, but consumers should get their fair share,” Pheffer Amato added. “By creating a State-run mutual fund that distributes a yearly dividend, New York taxpayers get more money in their pockets from profits they create.”