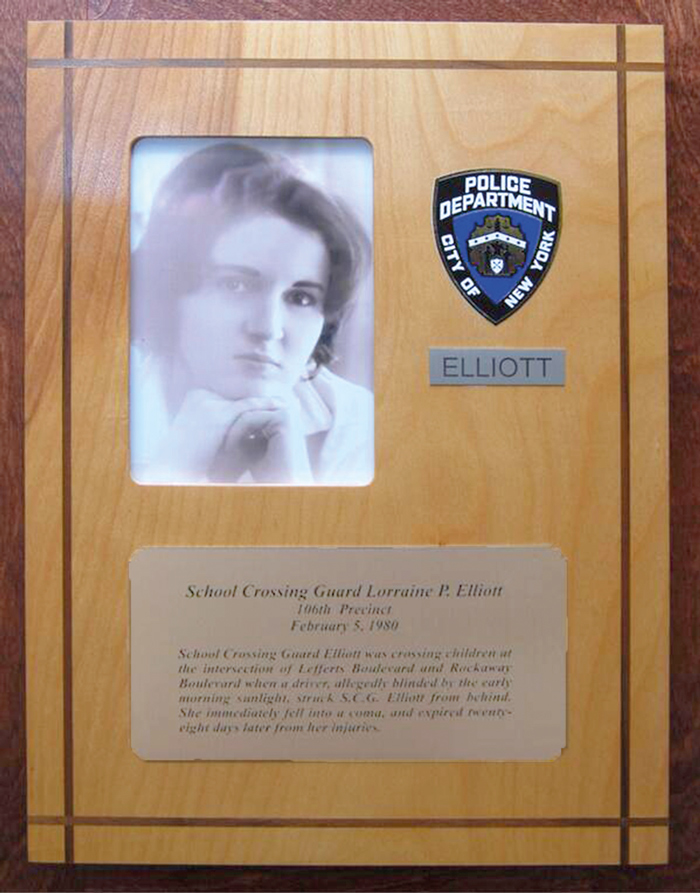 Appointed to her civilian position with the NYPD on Aug. 4, 1978, Elliott served the children of PS 100, JHS 226, and St. Anthony of Padua Parochial School, all within the confines of the 106. On Jan. 10, 1980, Elliott was struck from behind by a car at the intersection of Lefferts and Rockaway boulevards. She suffered head injuries and slipped into a coma from which she never recovered. Elliott died of her injuries on Feb. 5, 1980.

In September 1998, then-Mayor Rudy Giuliani and Police Commissioner Howard Safir unveiled a plaque during a ceremony held in the Police Memorial Lobby of Police Headquarters to honor Elliot’s memory.

Rest in Peace, SCG Elliott. Thank you for your service.