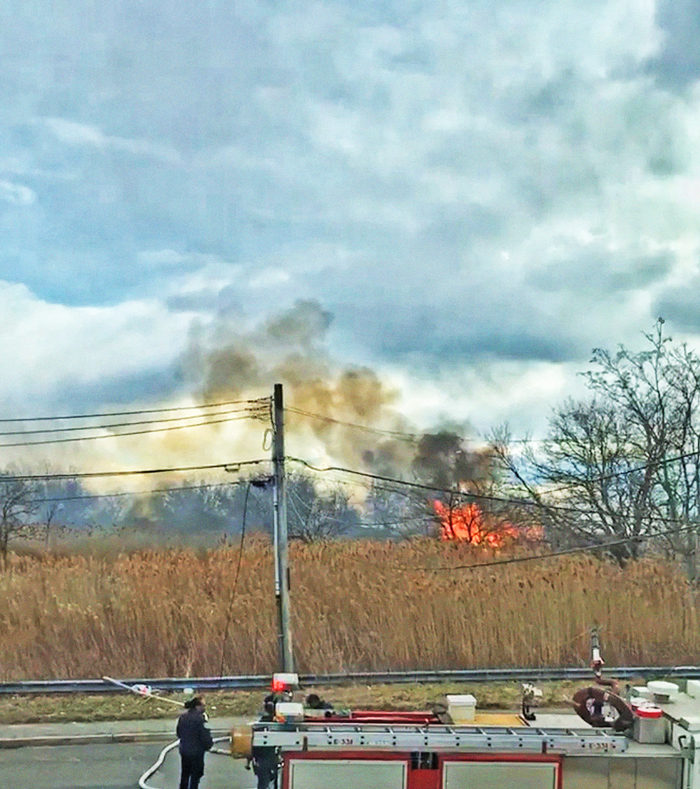 City fire crews responded to 165th Avenue and 84th Street after receiving the initial calls around 3 p.m. of a blaze in the federal green space, according to FDNY officials. A second alarm was quickly transmitted, and Fire Department Marine units were requested on scene. Though Bravest were still putting out additional small pockets of flames, the fire was deemed under control shortly after 5 p.m.

There were no reports of injuries or evacuations. 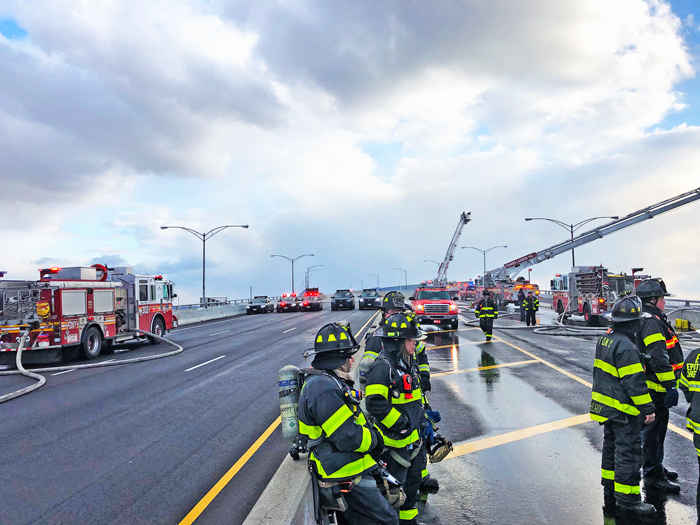 Since smoke-eaters doused the blaze in part from the bridge, City Sanitation crews were dispatched for de-icing purposes, according to the Office of Emergency Management.

Brush fires are not uncommon in the area. In March 2013, firefighters battled another two-alarm blaze, this time near the intersection of 159th Avenue and 78th Street, and made a grisly discovery after the vexing flames were finally extinguished.

The bodies of two men, fully clothed and both bound and gagged were found lying face down in Spring Creek Park near the Belt Parkway. Police identified the victims as Rudy Superville, 22, and Gary Lopez, 25, both of Brooklyn. 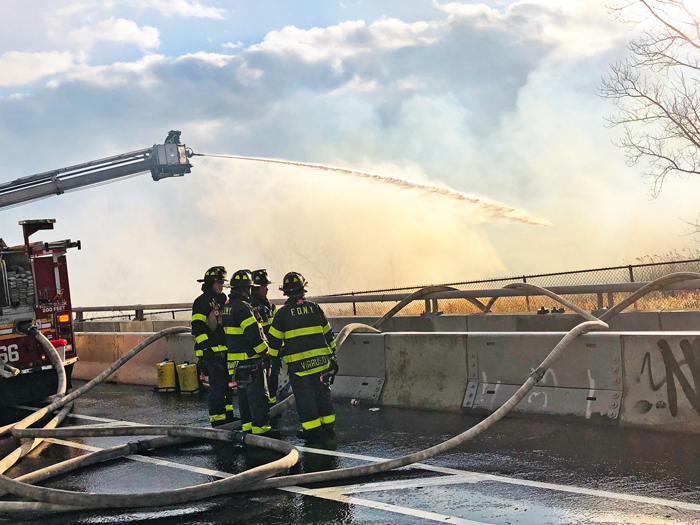 “If you live here or you know anything about Howard Beach, the brush fire is no surprise and really something we expect,” one area resident told The Forum. “But to find bodies is something else. That’s enough to shake anybody up.”

And in March 2014, more than 100 Bravest from 25 units battled a massive brush blaze in the park.

According to the FDNY, City firefighters are trained in fighting wildfires in other parts of the country; and the City has a group—known as an Incident Management Team—specifically designated to respond to the infernos that can quickly spiral out of control.