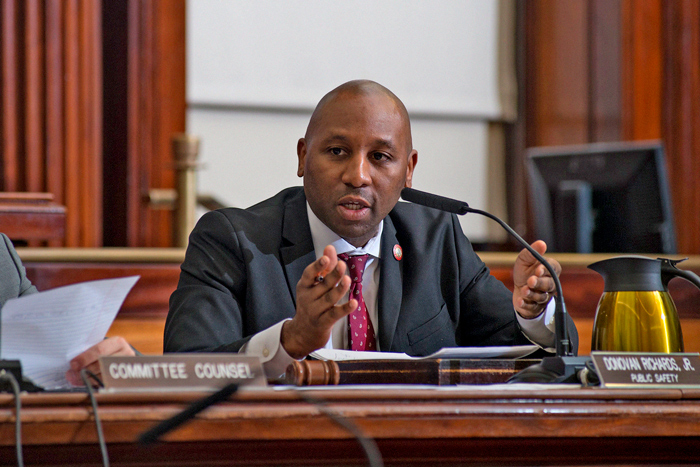 City cops are using social-distancing enforcement as a pretext to “bully, abuse, harass, and arrest” minority New Yorkers, the chairman of the City Council Committee on Public Safety fumed this week.

“It’s hard to believe that during one of the most challenging times in our country, that we are fighting against not only a virus but systematic racism that thrives on ethnic and economic disparities,” said Councilman Donovan Richards (D-Laurelton). “We are grappling with the New York City Police Department that uses social-distancing enforcement as an excuse to wrongfully bully, abuse, harass and arrest Black and Brown New Yorkers. We know it, we see it and the data proves it. Policing during this pandemic has been violent as officers continue to abuse their authority with modern day stop and frisk, excessive force, and refusal to wear masks. It’s an unfair fight against COVID-19 and an infuriating fight for justice that exacerbates the devastation of disproportionate coronavirus deaths in our communities. We need an immediate and inclusive response and recovery that benefits every single New Yorker, regardless of race and status.”

Nine out of 10 people arrested for social distancing-related incidents across the five boroughs were people of color, according to a report in Tuesday’s New York Post. Citing data released this week by the City Police Department, the Post noted that out of the 125 “COVID-19 related” arrests made, 83 suspects were black and 30 were Hispanic.