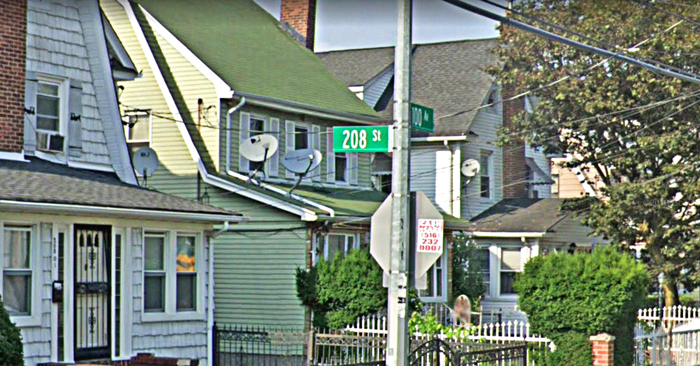 Voltaire has been charged with stabbing his half-brother to death in a house on 208th Street near 100th Avenue in Queens Village.

A Queens Village man has been charged with murder after allegedly stabbing his half-brother to death, Queens District Attorney Melinda Katz announced Monday.

Wkorasky Voltaire, 29, was arraigned late Friday night on a complaint charging him withmurder in the second degree, tampering with physical evidence, and fourth-degree criminal possession of a weapon. Voltaire wasremanded without bail and ordered to return tocourt on June 15.

According to the charges, justbefore 5 a.m. on Thursday, May 14, Voltaire and his half-brother, McKenzie Placide, 22, were arguing at an uninhabitable house where the two menpreviously lived with their now deceased mother on 208th Street. Voltaire, who brought two kitchen knives with him from an aunt’s house,argued with his half-brother and allegedly stabbed Placide with one of the knives while inside the residence. That firstknife broke and Voltaire allegedly retrieved the second knife he broughtwith him, followed the injured victim outside and allegedly continued tostab his sibling multiple times in the chest and torso. Voltaire left the broken knife inside the vacant house and is accused ofdisposing of the second knife, his sneakers, and blood-covered clothes. Placide told officers his brother had stabbed him before he was takento a nearby hospital where he died of the injuries.

Katz called the attack “an alleged act offratricide, where a man grabbed a knife and violently stabbed his ownhalf-brother to death.”

If convicted, Voltaire faces up to 25 years tolife in prison.